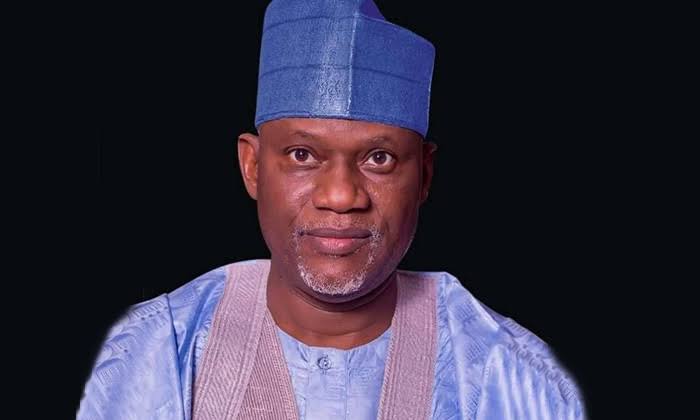 The Peoples Democratic Party Senator representing Kaduna North, Suleiman Hunkuyi, has raised the alarm that the imposition of Senator Ahmed Lawan as the Senate President by the All Progressives Congress, APC, could be the beginning of crisis in the 9th Assembly.

Hunkuyi, one of the APC senators who mobilised support for Lawan in 2015 before defecting to the PDP, stated this on Friday when he spoke to journalists in Abuja.

According to him, the endorsement of an individual without carrying other aspirants along could be the beginning of a crisis for the party in the ninth Assembly, wondering why the 2015 incident did not serve as a good lesson for the APC.

Hunkuyi also contended that it was undemocratic for the leadership of any party to endorse or anoint a candidate for any of the four presiding officers’ positions in the National Assembly.

He said such action is “blatantly unconstitutional going by the provisions of section 50 ( 1a and b ) of the 1999 constitution as amended.”

“Clearly by the two provisions, only the 109 senators-elect and 360 House of Representatives members- elect, are empowered to  decide who their leaders should be.

“As regards the positions of President of the Senate, Deputy Senate President, Speaker of the House of Representatives and Deputy Speaker, their election should be at the commencement of a new Assembly.

“Therefore,  for any other person or group of persons outside the 469 constitutionally empowered persons to by way of pontification, anointment, selection, appointment or endorsement, to say Senator A or B, is the one for this or that position  is not only wrong but making clear affront on democracy itself .

“The culture of anointment or imposition by the APC in collaboration with the Presidency we want to infuse into it must be rejected and I know it will be rejected by the elected federal lawmakers.

“Though I don’t have the right of participation at the coming 9th Senate particularly in the election process at inauguration, but I have a say through interaction with many of the Senators-elect.

“Some of them are already giving me the feelers that as elected senators of the Federal Republic of Nigeria, their independent mindedness will come to play on the day of inauguration.

“If the APC as a party  just zone the positions without endorsement of anybody, it would have been better but insisting that a particular person must emerge for a particular position is turning the principles of democracy and separation of powers upside down with attendant backfiring effects.”