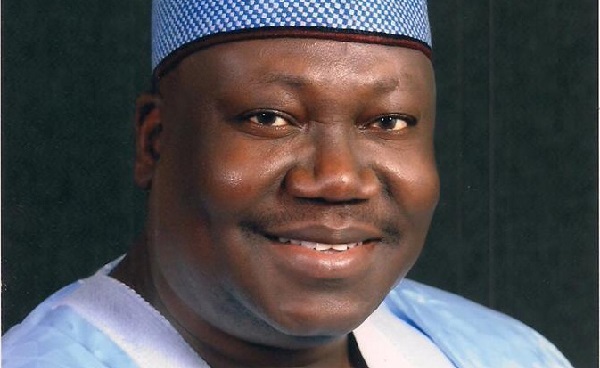 The All Progressives Congress (APC) has explained the reason it settled for Senate Majority Leader, Ahmed Lawan, to be the next President of the Senate for the incoming 9th Assembly.

Ali Ndume, a former Majority Leader of the Senate has indicated interest for the position and frowned heavily when the national chairman of the APC, Adams Oshiomhole, during a meeting between President Muhammadu Buhari and APC senators-elect and governors in Abuja on Monday, declared Lawan as the party’s choice for the position.

But on Wednesday, the party said its choice of Lawan was sequel to wide consultations with President Buhari and other leaders of the party, adding that it considered all options available to arrive at the decision.

It also explained that its position not to share power in the National Assembly with the PDP was because the party has a clear majority and does not need the PDP to run a successful government.

APC national publicity secretary, Lanre Issa-Onilu, made this known at an interactive session with newsmen in Abuja.

He added that now the party has settled for Lawan as Senate President, it was working out an acceptable zoning formula for all other positions both in the Senate and House of Representatives, including the position of Speaker of the House.

He meanwhile claimed that the APC was not unaware of other senators interested in vying for the Senate President’s position.

APC maintained that it would not give room for what happened in 2015 to repeat itself, noting that what the leadership of the 8th Senate did was treachery and not democracy.

Outgoing Senate President, Bukola Saraki, had emerged as the leader of the Senate with the help of opposition PDP senators, while many of the APC senators were having a meeting with President Muhammadu Buhari.

Saraki, who had since dumped APC for PDP, lost his Senate re-election bid during the last general elections.