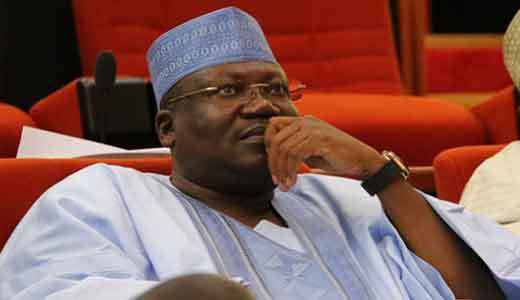 The All Progressives Congress Zonal Youth Leaders Forum has refuted reports claiming it endorsed Senate Leader, Ahmad Lawan, as the sole candidate for the Senate presidency position in the 9th National Assembly.

The group condemned the idea of micro-zoning of National Assembly leadership positions by the ruling party, adding that it is worried over the future of the APC.

This was contained in a statement by the forum’s spokesman, Terver Aginde, who insisted that some APC youths in Abuja, who allegedly endorsed Lawan, are not members of the APC youth forum.

“We are the constitutionally recognised youth leaders of the party and we are members of the National Executive Committee. We are worried about the future of this party.  So, the purported endorsement of a particular candidate by some youths is certainly not from us.

“Our position is clear; we do not want a repeat of the 2015 incident. And again, we maintain that no zone is less important than another.

“We are not against zoning but micro-zoning. We considered it anomalous to make a pronouncement on the Senate presidency and Speakership to the exclusion of other zones.

“We are yet to receive answers to the questions: How did we get to this avoidable crisis point. How did we arrive at the purported decision on micro-zoning; who seconded the motion for such a decisive plot?

“Mr President in his right wisdom has maintained that he is for everyone and the wisdom in that is to give every legitimate party member a sense of belonging. We think that is the route to go,” the statement read.

READ ALSO: More cracks in APC as North Central kicks against zoning of Speaker to S’West, endorsement of Gbajabiamila

Divisions have continued to emerge in APC over its decisions on the leadership of the incoming 9th National Assembly.

Many party members and groups have openly kicked against the way and manner APC zoned the position of the principal officers of the Assembly.