Home » Politics » SENATE PRESIDENCY: No need to see Buhari, I must contest- Ndume 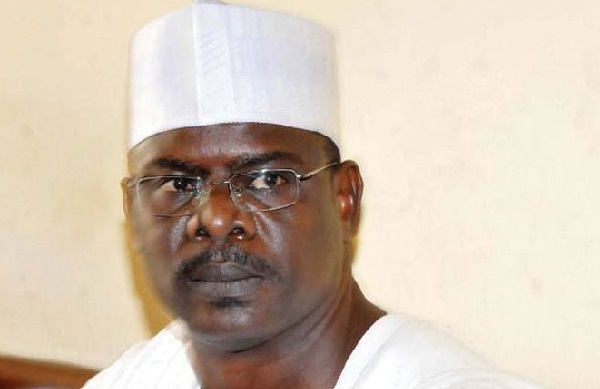 The senator representing Borno south, Ali Ndume, has said he has no reason to visit President Muhammadu Buhari at the Presidential villa as his quest to head the senate still stands.

Ndume while speaking with journalists on Thursday said “Nobody has invited me to the Villa. There won’t be cause for it.”

Earlier today, Senator Danjuma Goje, who was also contending for the position of the Senate President in the incoming Ninth National Assembly, announced his withdrawal from the race following a closed door meeting with Buhari at the Villa.

He then declared his support for his former rival and All Progressives Congress (APC) adopted candidate for the position, Senator Ahmed Lawan.

However, Senator Ndume has dismissed reports he was invited to the presidential villa in Abuja by Buhari, saying he had no reason to visit the president to be persuaded to step down for Lawan.

Danjuma Goje, senator representing Gombe central, who indicated interest in the top position withdrew from the race after a meeting with Buhari on Thursday.

Goje said he took the decision out of respect for the president and the leadership of the APC.

“I want to say that as an elder statesman in the senate for a long time, at my age, I should be able to appreciate leadership coming from our elders,” Goje had said.