Home » Latest » Senate President calls for review of power sector privatization, describes it as a ‘fraud’ 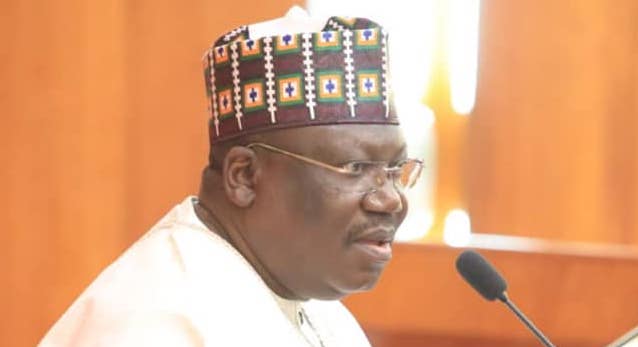 President of the Senate, Ahmad Lawan, has called on the Executive to, as a matter of urgency, declare a state of emergency in the power sector to overcome the legion of problems stalling steady power supply in Nigeria.

He warned that if nothing was done to address the challenges in the power sector, the 4,000 megawatts the country currently enjoys may become a challenge.

Lawan made this call on Monday while declaring open a one-day round-table discussion with the theme: “Addressing Nigeria’s Power Problems” organized by the Senate Committee on Power.

The Senate President said the privatization of the power sector in 2005 and 2013 was a grand scheme conceived with the intention to defraud Nigeria.

He said, “For me if there’s any sector of our economy that is so important and yet so challenged, it is the power sector. I believe that this is a sector that needs a declaration of emergency.

“This is an opportunity for us in this round-table to exhaustively discuss not only the problems of the power sector in Nigeria but the solutions and way forward.

“The truth is that we all know what is wrong. What we really need to do is to have the political will to take on the challenges generally.

“From the electricity power reform of 2005 to the privatization of Gencos and Discos and to what is happening today, we know that everything is a fraud. If we play the ostrich, in the next ten years we will be talking about the same things.

“I think the time has come for us to have courage,” he said.

Lawan therefore called for a review of the privatization exercise undertaken by the Goodluck Jonathan administration which led to a takeover of the power sector by private Generating Companies (Gencos) and Distribution Companies (Discos).

He added that the National Assembly would make a significant contribution to the reform of the power sector through enabling legislation required to turn around the fortunes of power generation and distribution in Nigeria.

The senate president further said that it was really disheartening that “we are still talking about 4,000 megawatts. I don’t understand this. Other countries within Africa are talking of so much, even Ghana is three times better than what we are doing.”

Lawan called on the federal government to deploy the political will towards revamping Nigeria’s failing power sector, saying, “We are yet the largest economy in Africa, for how long can we sustain that position?