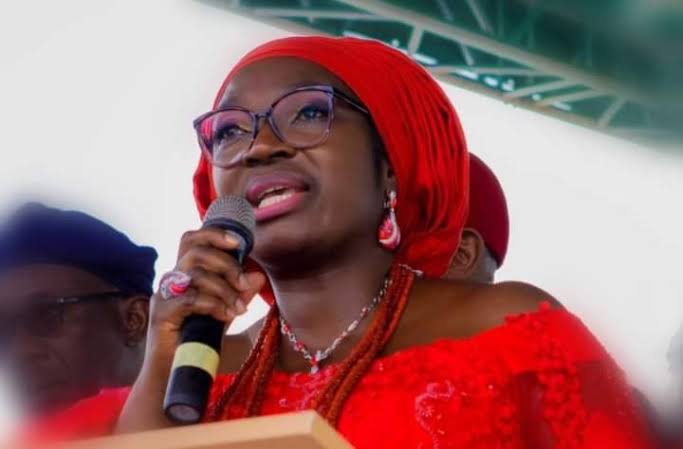 The Peoples Democratic Party (PDP) caucus in the Senate from the South-East has urged Iyorchia Ayu, the party’s national chairman, to propose Uche Ekwunife, a lawmaker from Anambra Central, as the Senate’ minority leader.

Senator Enyinnaya Abaribe, who represents Abia South, recently resigned from the PDP and resigned from his position as minority leader.

After withdrawing from the PDP governorship primary in Abia, Abaribe left the party, calling the process a “charade.”

“Please accept the warm compliments from senators of the south-east zone as we congratulate you on the successful and well-organised primaries and national convention of our great party,” the letter reads.

“Following the resignation of our senate minority leader, Sen. Enyinnaya Abaribe (Abia) from the PDP last week, we the underlisted PDP Senators of the south-east zone hereby nominate Distinguished Senator Uche Lilian Ekwunife as a replacement for Senator Enyinnaya Abaribe as the position was zoned to the South East.

“Note also, when Senator Sahabi Ya’u (Zamfara North) on July 21, 2021, defected from the opposition Peoples Democratic Party to the All Progressives Congress (APC), Senator Ibrahim Danbaba (PDP, Sokoto South) was immediately nominated to replace him as the Deputy Minority Whip of the Senate.

“Your Excellency, we humbly request that you kindly forward the name of distinguished Senator Uche Lilian Ekwunife to the Senate President, Ahmad Lawan, as the senate minority leader.”

Related Topics:EkwunifeSenateSouth-East PDP
Up Next

Ebonyi PDP in disarray as faction withdraws from rescheduled primaries