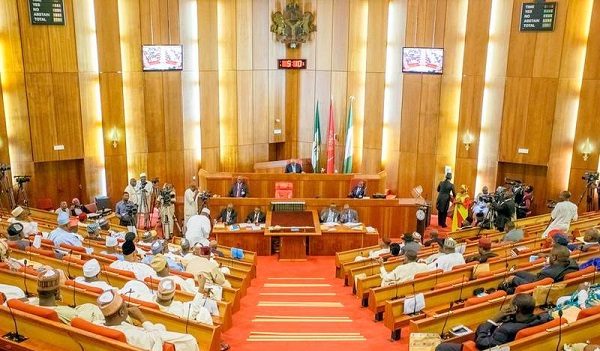 The Senate has directed its committee on Sports and Youth Development to probe the controversial redeployment of the Director General of the National Youth Service Corps (NYSC), Brigadier-General Sule Kazaure, by the Chief of Army Staff, Lt. General Yusuf Buratai.

This follows a motion by Senator Dino Melaye who claimed that the appointment was an ‘infraction’ of existing laws.

The committee which is headed by Senator Obinna Ogba (Ebonyi Central), was given one week to carry out its investigation and establish whether any law was violated in the appointment of the new NYSC boss.

Recall that the Nigerian Army on Friday announced the redeployment of Kazaure as NYSC DG to the Nigerian Army Resource Centre, Abuja as a senior resource person, while Brig.-Gen Shaibu Ibrahim was appointed to replace him.

Melaye, while raising a point of order argued that the appointment of an NYSC DG was the sole responsibility of President Muhammadu Buhari.

According to him, “Section 5 of the NYSC Act says there shall be a service to be headed by a person called the Director-General to be appointed by the President.

“Surprisingly, the Chief of Army Staff, removed the Director-General through signal and through another signal appointed another one. The law doesn’t confer the power of appointing NYSC DG on anybody, but the President. The last person and all other past persons were appointed by Presidents.

He added for effect that: “if we allow this, the announcement of the Senate President can come from the Road Safety and replacement may come from the same Institution.”

An additional prayer by Mao Ohuabunwa (Abia) that the appointment should be reversed was rejected by the lawmakers.

Senate President, Bukola Saraki, ruled that “Let the committee establish if this is what happened and we will work based on the committee’s recommendation.”