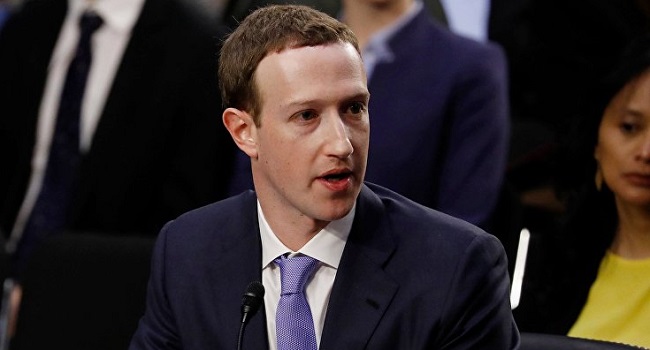 Zuckerberg was reportedly put to the task on Thursday during his private meeting with Sen. Josh Hawley, a conservative Republican from Missouri, in his Capitol Hill office.

The Facebook CEO who apparently wasn’t expecting such a suggestion later left the hour long jaw jaw which was by the side of his meeting with President Donald Trump.

Hawley, though, had plenty to say. “The company talks a lot. I’d like to see some action,” he told reporters. “I will believe Facebook when I see some real action out of Facebook.”

“Rather than moving users’ personal data from properties such as WhatsApp and Instagram to the core Facebook platform, the company should put a wall around the services or, better yet, sell them off, Hawley said he told Zuckerberg.

Zuckerberg, who requested the meeting, “did not think that was a great idea,” he said.