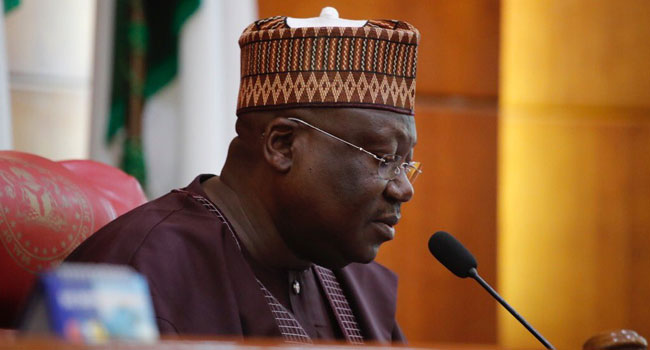 The Senate on Wednesday threatened to publish the list of Ministries, Departments and Agencies (MDAs) that failed to appear before its Committee on Public Accounts to defend queries raised by the Auditor-General for the Federation on the management of the nation’s revenue.

The move is aimed at checking the misappropriation of public funds by the MDAs.

The Senate President, Ahmad Lawan, stated this shortly after the upper legislative chamber considered the report of the committee on the annual report of the AGF on the accounts of the Federation for the year ended December 31, 2015 at Wednesday’s plenary.

He said any MDA that refuses to account for public funds at their disposal would be shown the way out of office.

The Senate President said: “This is one of our major responsibilities as a parliament, to hold the executive to account.

“Whoever is given the responsibility and the trust of running any agency with public funds must be accountable to the parliament on behalf of the people.

“You have indicated a certain number of Ministries, Departments, and Agencies (MDAs) who failed to come to the committee after invitation, I want you to go through your documents, the invitation letters with reminders.

“This Senate will publish the names of these agencies for the public to know.

“This Senate will insist, any public servant or civil servant that is given public fund for the public good and has questions to answer and refuse to appear to answer should have no business being in government.

“Because all of us are supposed to be accountable to the people and, therefore, if someone feels that he is not going to be accountable, then that person has no business remaining in office.

“But I want to also say that, those who turned up to defend or explain the interrogations by the Auditor-General did the right thing and we must commend them for coming, whether they were able to convince the committee that the Auditor-General was right or not. They appeared responsible and accountable.

“For those that have been able to convince the committee on the propriety of what they did, we commend them because they followed the proper accounting mechanisms established, probably by the office of the Accountant-General.”