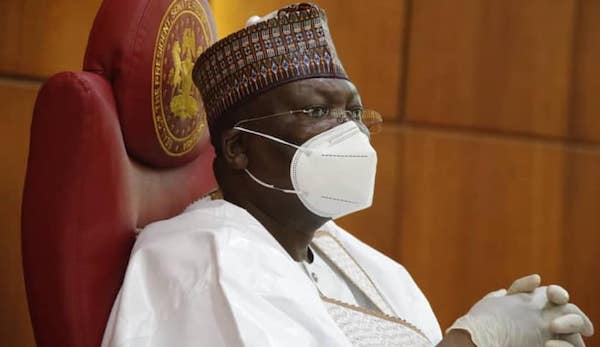 President Muhammadu Buhari-led government of Nigeria has been urged to name Ibadan Airport after the former governor of Oyo State, Senator Abiola Ajimobi, as a way of immortalising him.

The Nigerian Senate made the request during its plenary on Tuesday.

At the plenary, a point of order was moved by Senator Abdulfatai Buhari (Oyo North), urging the Senate to pay tribute to the departed former Senator.

The motion was accepted by the senators when it was put to a voice vote and was consequently approved by the Senate President, Ahmad Lawan.

The federal lawmakers, therefore, resolved to send a high-powered delegation to commiserate with the family, the government and people of Oyo State over the death of the former governor.

The senators also observed a minute silence to honour the deceased.

Related Topics:AjimobiBuhariIbadan Airport
Up Next