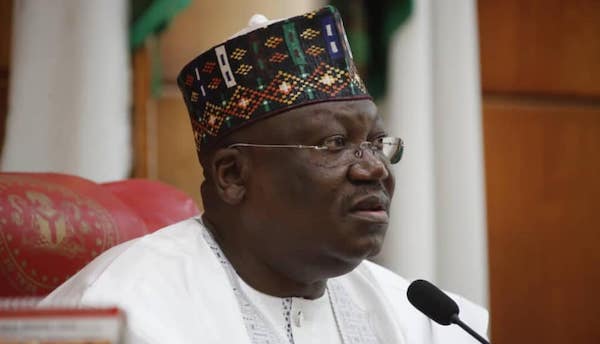 The Senate has frowned at the Ministry of Petroleum Resources for spending, without due process, N98.4 million to supposedly print leaflets.

The leaflets were said to have been printed as part of an awareness campaign programme for the Petroleum Industry Bill (PIB).

President Muhamamdu Buhari is the sudstantive minister of Petroleum Resources ministry, a portfolio he has held since coming to office in 2015, while he also appointed a minister of state for the ministry, to oversee the days to day running of affairs.

The lawmakers unsatisfied with the explanation offered by the ministry, ordered it to return the money to the federation account.

It also asked the ministry to refund another N39 million paid into two personal accounts to monitor the project within Abuja.

The Senate Committee on Public Accounts (SPAC’s) gave the order following a query issued by the Office of the Auditor-General of the Federation in the 2015 report and brought before it for probe and presentation to the plenary of the Senate.

The Chairman of the Committee, Senator Mathew Uroghide (PDP Edo South) made this known to newsmen on Saturday.

The queries which were made available to newsmen read:

“Contrary to the procurement process, an entry in the cash book for the sum of N98.4 million was made in favour of a company for printing of leaflets for awareness campaign programme for the Petroleum Industry Bill (PIB).

“There was no formal award of contract and it was also observed that the approval for the payment was via memo presented by the Director (Press) to Ministerial Tender Board meeting of 9th and 11th October 2013.

“The permanent secretary had been requested to take procedural disciplinary measures against the erring officers in line with the provision with extant regulation.”

In its written response, the ministry replied that it made adequate publicity for the project.

“M/s Dangrace and partners Ltd were selected based on proven capabilities and competence.

“It should be stated that veritable costing proposals were submitted and approved before the Authorization for the award and production of Petroleum Industry Bill (PIB) leaflets.

“The Department complied with necessary rule and procedure,” it said.

Another query to the ministry read, “Contrary to the e-payment policy of the Federal government the total sum of N39.7 million was paid to 178 staff of the ministry for project monitoring and evaluation in 2014.

“There was no evidence presented for audit review by the M & E division for the project monitoring exercise carried out by the 178 officers despite the payment of N1.4 million to coordinating secretariat for such purpose.

“To all intent and purpose, this expenditure cannot be accepted as a legitimate charge against public funds.”

The ministry replied, “The two staff were appointed as the project Accountants for the project. People were grouped and assigned to various projects for prudence and accountability.

“Reports were submitted to the appropriate Department which DPRD

“Due process and procedure were followed in the best interest of the service.

“Duplication of officers’ names and locations were due to officers visiting different places after grouping. No officer was paid DTA for monitoring parastatals within Abuja UT they were paid to monitor those outside Abuja.”

But the Senate committee, not satisfied, asked the officers of the ministry concerned to return the money to the federation account.