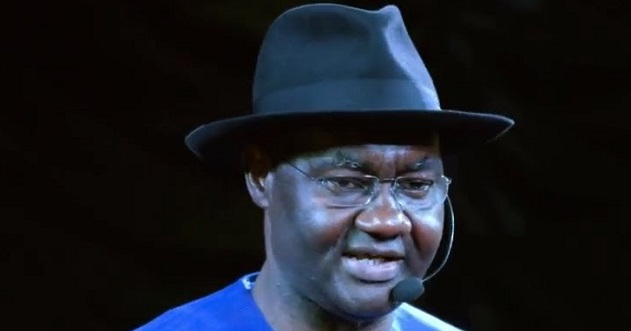 Turmoil reigns within the ranks of the Rivers State Chapter of the ruling All Progressives Congress as a faction has refrained from participating in the ongoing congresses of the party across the country.

A former representative of Rivers South-East Senatorial District at the National Assembly, Senator Magnus Abe, is the leader of the boycotting faction.

During an appeal to his loyalists on Friday at the Freedom House, in Port Harcourt, Rivers State, Abe implored his supporters to maintain peace and boycott today’s (Saturday) congress.

According to the lawmaker, this was due to the party’s denial for them to participate in the exercise.

“Moving to this present congress that is supposed to hold tomorrow (Saturday), we have made every effort to use the opportunity of this congress to make to rest the divisions and contradictions within the party.

“You would remember that there is really no crisis in this party. The crisis in the party is Minister said that anybody that is with Senator Abe is no longer a member of the APC; and so, cannot be entitled to any opportunity or privilege with the All Progressives Congress.

“But, we have explained to people that, that is not what the constitution of the party says. That was what created the issue the last time, when he came and said that nobody who is with Senator Abe should be given form to participate in the congress. That was the origin of the crisis.

“And this time, we tried every way that is possible to see that we don’t have that same problem. Even if we do not believe that the process of the congress will be fair, we feel that if the process of participation itself is fair, that will help to heal wounds across the state and give us a new opportunity to rebuild the party. But, as you all saw, with the events of last week, that was not the case.

“So far in this party, nobody has died. And I don’t want that to change. So, please, let us be calm. We will follow the directives of the national and we will make our position on what has happened in the state (Rivers) known.

“We will take it systematically. So, we will make what has happened in Rivers State known to the national. And, since they (national) have promised that they would intervene, that they are coming, we will wait for that intervention.”

Speaking further, Senator Abe stated that every attempt they (his faction) had made to restore peace in the party has not yielded any positive result.

He declared: ”I want to inform you at this point, that every effort that we have made to try to bring peace in the party so far, has proved abortive. It has not worked.

“And it has not worked not because of anything, but simply because we have not been able to find the right partner that would make the peace to work, because only one person cannot bring peace. But,we remain undaunted.”

IPOB declares sit-at-home every Monday, until Kanu is released