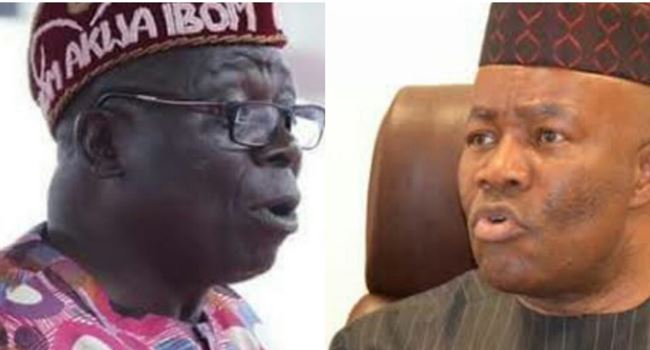 The Peoples Democratic Party (PDP) in Akwa Ibom State has urged the international observers, chiefly the United States, United Kingdom and the European Union (EU), to ensure their representatives would be on the ground for the rerun of senatorial election in Essien Udim Local Government Area of the state.

The Appeal Court sitting in Calabar, Cross River State, had last Saturday annulled the senatorial election in the district due to irregularities and ordered the Independent National Electoral Commission (INEC) to conduct a rerun poll in the area within 90 days.

The senatorial candidate of the PDP, Chris Ekpenyong, was declared the winner of the election by INEC. The election tribunal also affirmed his election.

But the All Progressives Congress (APC) candidate and former governor of the state, Godswill Akpabio, dragged the matter to the Appeal Court.

In a statement by PDP Publicity Secretary in the state, Ini Ememobong, the part said it would do everything to draw the word’s attention to Essien Udim LGA on the election day to avoid the repeat of “Warsaw or money play there on that day.”

He said: “We will particularly urge international observers especially the US, EU, UK and others to send their representatives there in order to observe those who will participate in election malpractices and note them for punitive actions (visa withdrawals, repatriation of their children studying abroad and confiscation of their property).

“Our party structures in Essien Udim have been energized and will soon move into every street and knock on all doors in preparation for the elections. We also put the police and other security agencies on notice to provide maximum security during campaigns as we are aware that the APC will try to use violence to prevent campaigns in Essien Udim.”

Meanwhile, the APC in Akwa Ibom has said it lacked faith in the state Resident Electoral Commissioner (REC), Mike Igini, to conduct a free and fail poll during the rerun.

In a statement issued by its state chairman, Ini Okopido, the APC said: “As we prepare for the rerun elections in Essien Udim LGA, we are cautious and mindful of a rerun election superintended by Mike Igini.”