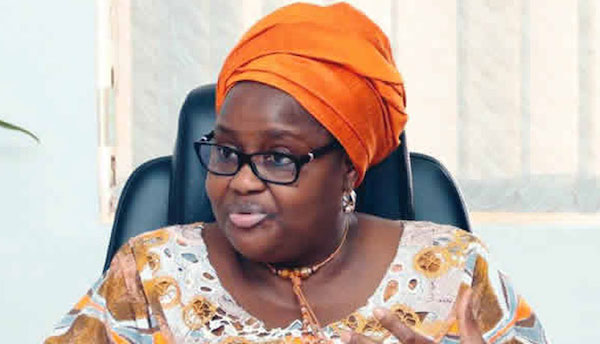 President Muhammadu Buhari’s nomination of one Aisha Umar as the Director-General of the National Pension Commission (PenCom) caused an uproar in the Senate on Tuesday.

The president had forwarded six names to the upper legislative for confirmation as chairman, director-general and executive commissioners in PenCom.

He nominated Oyindasola Oni as chairman of the agency.

However, immediately the Senate President, Ahmad Lawan, read out the names of the nominees in the president’s letter, the Senators, many of whom were from the South-East, protested the nomination of Umar as PenCom director-general.

The Senate Minority Leader, Enyinnaya Abaribe, who spoke on behalf of the lawmakers, described President’s action as a flagrant breach of the PenCom Act.

He insisted that Anohu-Amazu successor should come from the South-East.

Abaribe said: “I recall that the tenure of the incumbent was truncated therefore the new letter from the president that has now moved the Chairman of the Commission to another zone.

“It is against the law setting up the National Pension Commission and the Federal Character Commission.”