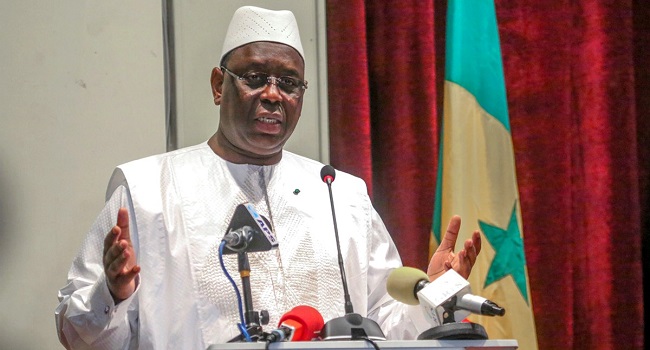 Senegalese president, Macky Sall has been officially re-elected to run a second term in office after the country’s constitutional council confirmed his victory in the February 24 elections with 58% of the vote.

Sall, who was elected for the first time in 2012 after defeating incumbent Abdoulaye Wade, conquered four opponents including Idrissa Seck, another former prime minister, and Ousmane Sonko, a former tax officer who ran on the promise of ending colonial-era ties to France.

Sall’s re-election was mostly expected after monitoring annual economic growth of over 6%, among the highest in Africa but political rivals and rights groups such as Amnesty International expressed worries over the unfair trials that hindered two of his major opponents from running.

The former mayor of Dakar, Khalifa Sall is currently serving a five-year prison term for misappropriating $3.2 million in public funds and Karim Wade, the son of President Sall’s forerunner, has been on exile in Qatar since 2017 after serving half of his six-year jail time.

While Senegal is regarded as one of Africa’s most stable form of democracy, it has observed peaceful political evolutions since its independence from France in 1960.