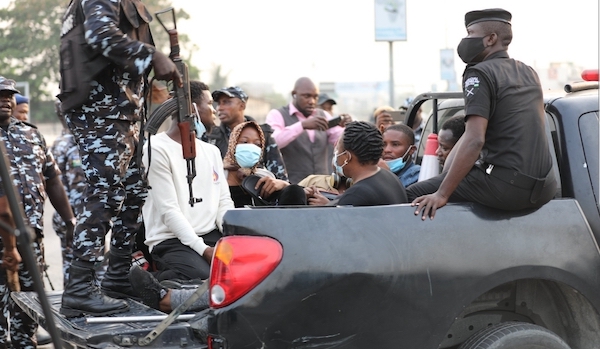 The Socio-Economic Rights and Accountability Project (SERAP) on Saturday demanded the release of all the #OccupyLekki protesters arrested by the police in Lagos.

The civil society group in a series of tweets on its handle threatened to pursue legal actions against the Nigeria Police Force if the protesters are not released immediately.

Police had on Saturday arrested several youths protesting the proposed reopening of the Lekki toll plaza, venue of the October 20, 2020 shooting of #ENDSARS protesters by soldiers in Lagos.

“The United Nations and concerned governments should press the Nigerian authorities to end the crackdown on peaceful protesters, and unconditionally release those arbitrarily detained.

“We’ll pursue appropriate legal actions if the #ENDSARS protesters arbitrarily arrested simply for peacefully exercising their human rights are not immediately and unconditionally released. Peaceful assembly is a fundamental right.”

Ndidi bags assist as Leicester come from behind to thrash Liverpool