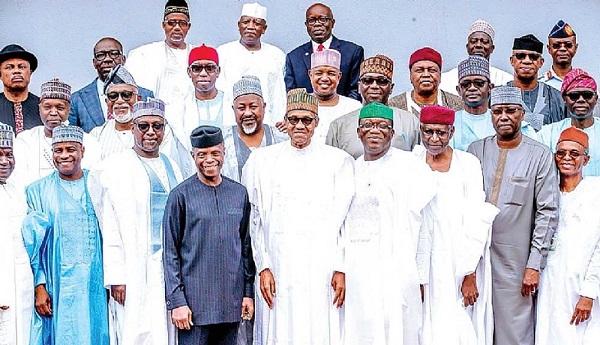 President Muhammadu Buhari and Vice President Yemi Osinbajo have been dragged to court over their failure to “make public details of their assets, specifically, property and income, contained in their asset declaration forms submitted to the Code of Conduct Bureau (CCB) since assuming office.”

Buhari, Osinbajo, 36 state governors and their deputies were dragged to court by the Socio-Economic Rights and Accountability Project (SERAP) over the supposed offence.

In the suit number, FHC/ABJ/CS/65/2020 filed last Friday, SERAP asked for “an order for leave to apply for judicial review and an order of mandamus to direct and/or compel President Buhari, Vice-President Osinbajo, 36 state governors and their deputies to make public their summary of assets; disclose whether they have had any reason to review and update their asset declarations submitted to the CCB, and if the declarations have been made as constitutionally and statutorily required.”

The suit followed SERAP’s Freedom of Information (FoI) requests dated 3 January 2020, expressing concern that: “The non-public disclosure by public officials of their summary of assets undermines the effectiveness and integrity of the constitutional and statutory obligations to submit asset declarations, especially given that declarations are designed to curb grand corruption, and weakens the public trust in the asset declaration regimes.”

According to SERAP, only two states—Lagos State and Niger State—have responded to its FoI requests. But both states declined the requests to make public the assets of their governors and deputies, on the ground, that “the FoI Act is inapplicable to state governments, their agencies and officials, and that only houses of assembly of states are constitutionally empowered to make laws on public records of states.”

Also, while reacting to SERAP FoI request to President Buhari, Mr Femi Adesina, Special Adviser to the President on Media and Publicity had said: “SERAP asking the president to declare publicly, on the basis of what law? The president will do what the law requires of him and what the law requires is that he should declare his asset which he has done. Declaring publicly is not in our laws; it can only be a voluntary thing.”

SERAP is also seeking: “a declaration that the failure of President Buhari, Vice-President Osinbajo, 36 state governors and their deputies to provide SERAP with the requested information on their assets constitutes a breach of SERAP’s right under the FoI Act, 2011, and such further order(s) the Honourable Court may deem fit to make in the circumstances.”

SERAP suit was filed by its counsel, Kolawole Oluwadare.