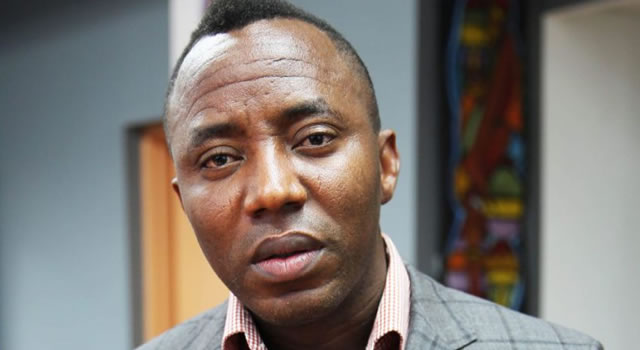 Socio-Economic Rights and Accountability Project (SERAP) has accused President Muhammadu Buhari-led government of arbitrarily detaining, torturing and meting out other ill-treatment on journalist Omoyele Sowore and four other activists.

In an urgent complaint it sent to the United Nations (UN) Working Group on Arbitrary Detention, SERAP said Sowore and the other activists were being ill-treated “simply for peacefully exercising their human rights.”

It said, “The Working Group should request the Nigerian authorities to withdraw the bogus charges against Mr Sowore and four other activists, and to immediately and unconditionally release them.”

Sowore and the others were arrested on New Year Eve for leading a protest against bad governance in Nigeria.

On Monday, the Nigerian government arraigned them before a Magistrate Court in Abuja on three charges of criminal conspiracy, unlawful assembly, and attempting to incite others.

They were remanded in Kuje prison after pleading not guilty but the court fixed Tuesday, January 5, to hear their bail application.

But in a statement on Tuesday, SERAP said it had sent a complaint dated January 4, 2021 and signed by its deputy director, Kolawole Oluwadare, to the UN Working Group on the matter.

In the complaint, SERAP argued that

“the detention of Omoyele Sowore and four other activists constitutes an arbitrary deprivation of their liberty because it does not have any legal justification. The detention also does not meet minimum international standards of due process.”

The Organisation, therefore, called on the UN Working Group to “initiate a procedure involving the investigation of the detention, torture and bogus charges against Mr Sowore and four other activists, and to urgently send an allegation letter to the Nigerian government inquiring about the case generally, and specifically about the legal basis for their arrest, detention, torture and other ill-treatment, each of which is in violation of international human rights law.”

SERAP also urged the Working Group to issue an opinion declaring that the deprivation of liberty and detention of Mr Sowore and four other activists is arbitrary and in violation of Nigeria’s Constitution and obligations under international human rights law.

“We also urge the Working Group to call for their immediate and unconditional release,” SERAP added.