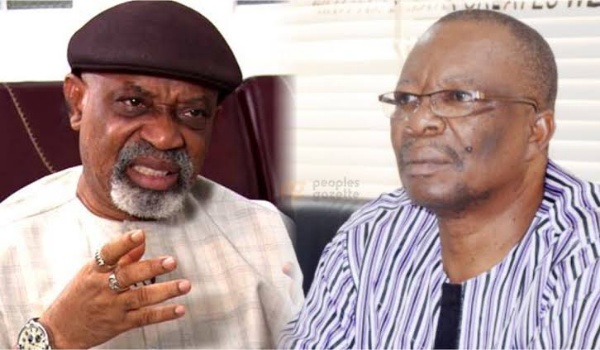 The Socio-Economic Rights and Accountability Project (SERAP), on Monday, requested to join the lawsuit filed against the Academic Staff Union of Universities by the Federal Government.

The Federal Government had approached the National Industrial Court (NICN) sitting in Abuja, requesting an order for the Academic Staff Union of Universities (ASUU) to resume while its demands are being addressed.

A statement by the Head, Press and Public Relations at the Ministry of Labour and Employment, Olajide Oshundun, said the matter was on Thursday, 8 September, referred to the Registrar of NICN by the Minister, Chris Ngige.

Ebun-Olu Adegnoruwa (SAN), the attorney for SERAP, said that his client had filed a similar lawsuit to compel the Federal Government to uphold its 2009 agreement with the professors on strike.

According to him, SERAP’s desire to participate in the case is motivated by the need to prevent contradictory outcomes in relation to the labour dispute.

He informed the judge that the case was scheduled for mention on Monday, making SERAP’s application premature.

The judge determined that SERAP should not consolidate the case. The judge stated that he was simply serving as the case’s vacation judge and that another judge would be assigned to decide the case.

He postponed the matter until Friday, September 16, 2022, and directed the parties to the lawsuit to file and exchange court documents.

Earlier, in a separate suit, the SERAP and five university students filed a lawsuit against President Muhammadu Buhari, asking the court to “declare unlawful the refusal by the Federal Government to meet ASUU’s demands, which has occasioned the prolonged strike action and violated the students’ right to quality education.”

Joined in the suit as Defendants are the Minister of Labour, Employment and Productivity, Chris Ngige, and Attorney-General of the Federation and Minister of Justice, Abubakar Malami, SAN.