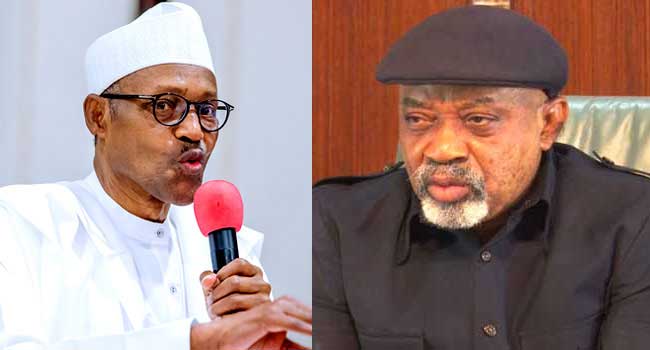 The Socio-Economic Rights and Accountability Project (SERAP) and five university students have filed a lawsuit against President Muhammadu Buhari, asking the court to “declare unlawful the refusal by the Federal Government to meet ASUU’s demands, which has occasioned the prolonged strike action and violated the students’ right to quality education.”

Joined in the suit as Defendants are the Minister of Labour, Employment and Productivity, Chris Ngige, and Attorney-General of the Federation and Minister of Justice, Abubakar Malami, SAN.

In the suit number NICN/ABJ/269/2022 filed last week at the National Industrial Court, Abuja, SERAP and the students are seeking: “an order directing President Buhari and Mr Ngige to immediately implement all the agreements with ASUU in order to end the strike action and violation of the students’ right to quality education.”

According to SERAP and the students: “Disruption of classes undermines both the quality and duration of students’ education. This situation has aggravated existing disparities in access to university education in the country, further marginalizing economically disadvantaged parents and students.”

The suit filed on behalf of SERAP and the students by their lawyer Tayo Oyetibo, SAN, read in part: “The Federal Government has failed to respect, protect, promote and fulfil the right to quality education, and the right to freedom of association through the principle of collective bargaining.

“Although Nigeria has ratified several human rights treaties, which guarantee the right to quality education of Nigerian students, the Federal Government has over the years refused to meet the demands by ASUU, and to address the poor environment in the country’s universities”.

The suit further said “The failure to implement the agreements with ASUU is also a fundamental breach of the right to education without discrimination or exclusion, as strike actions continue to penalize economically disadvantaged parents who have no means or capacity to send their children to private schools.

“Equal access of Nigerian children and young people to quality and uninterrupted education including at the university level would contribute to producing citizens who are fundamentally equal and people who actively participate in society.”

“It would enable people to enjoy the rights as well as fulfil obligations that are associated with citizenship”.

SERAP had earlier advised President Buhari to recover the N105.7 billion stolen public funds and utilize same in addition to specified percentages of the N3.6 billion feeding and travels allowances for the President and the N134 billion allocated to the National Assembly in the 2022 Budget to meet the legitimate demands by ASUU.

“Apart from being a right in itself, the right to education is also an enabling right. Education is a public good.”

“Education creates the ‘voice’ through which rights can be claimed and protected, and without education people lack the capacity to achieve valuable functioning as part of the living.”

“Nigeria’s public tertiary institutions have continued to experience a steady decline. The quality of public education offered is low and standards have continued to drop. The learning environment does not promote effective learning”, the group stated.

It continued, that “The right to bargain freely with employers with respect to conditions of work constitutes an essential element in freedom of association, and trade unions including ASUU should have the right to seek to improve the living and working conditions of those whom they represent.”

“The Federal Government has continued to ignore the plights of teeming undergraduates, who have been denied access to quality education due to the lingering strike action occasioned by the continued reluctance of the Defendants and their agents to implement the agreements with ASUU.”

“The breach of the agreements by the Federal Government clearly provides a reasonable basis for ASUU members to exercise their right to strike as a last resort. It is unlawful to punish the members simply for peacefully exercising their right.”

“Nigerian students in public universities have suffered many years of disruption as a result of the failure of governments to address the root causes of strike action by ASUU and to faithfully implement the agreements reached with the union, leading to devastating consequences on the right to equal and quality higher education.”

SERAP and the students are also seeking the following reliefs: