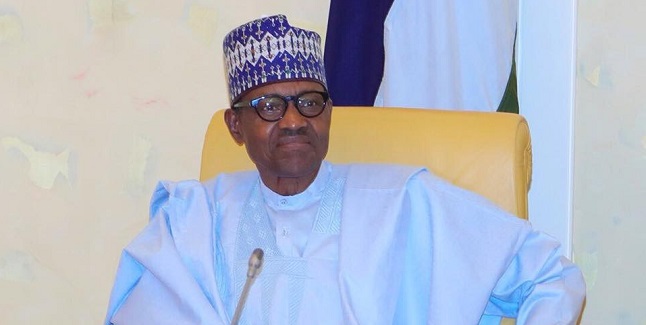 Socio-Economic Rights and Accountability Project, (SERAP) has sent an open letter to Muhammadu Buhari urging him to ensure the speedy prosecution of indicted former state governors as well as serving governors at the expiration of their tenure as governors.

The group called on him to use his “good offices and leadership position to direct the Attorney General of the Federation and Minister of Justice Abubakar Malami, SAN to without delay take over and expeditiously prosecute grand corruption cases involving all indicted former state governors and to prosecute indicted serving governors at the expiration of their tenure as governors”.

The organization said, “the trial of several former state governors accused of corruption and money laundering have continued to linger in different high courts in the country. Some of the grand corruption cases involving former governors started in 2007 are yet to properly commence.”

In the letter dated October 5, 2018 and signed by SERAP deputy director Timothy Adewale, the organization said, “We are concerned that the continuing delay in the prosecution of former governors suspected of committing acts of grand corruption to logical conclusion has sent a negative message that the governors are untouchable. The delay is also contributing to perception among Nigerians that many of these influential and powerful past governors are being protected by the power and political set up.”

According to the organization, “instructing the Attorney General of the Federation and Minister of Justice Mr Abubakar Malami, SAN to take over and directly and expeditiously prosecute all cases of grand corruption involving former governors, would be entirely consistent with his duties under the Constitution, and contribute to upholding the majesty of law and vindicating the rule of law.”

The organization warned that, “should the Attorney General not take over the cases of corruption against all past corrupt governors as requested, SERAP would, on account of the public interest involved, and to ensure that no further time is lost in the completion of these cases, consider appropriate legal action to compel the authorities to discharge their constitutional duties, consistent with the basic tenet of the rule of law, the concept of equality and the cause of justice.”

The statement read in part: “the continuing delay in the prosecution of former governors alleged to have committed acts of corruption is a significant factor contributing to impunity of those engaging in grand corruption, thereby posing a serious threat to probity in public life, the rule of law and respect for human rights. The delay in the prosecution of former governors who no longer enjoy constitutional immunity also suggests that they are above the law.

“Nigerians deserve to see the prosecution of all indicted former governors to logical conclusion if your government is to demonstrate the credibility of its commitment to combat grand corruption and eliminate any impression of bias or lack of fairness in the fight against corruption. Everyone accused of corruption should be brought to justice in accordance with the law and irrespective of the height at which those involved are placed in the power and political set up.

“The delay also has serious implications for human rights because the lack of effective prosecution of grand corruption cases involving former governors has created the tendency among many serving governors to engage in corruption, which would ultimately have deleterious effects on the enjoyment of human rights including the rights to healthcare, water, quality education and regular electricity supply.

“SERAP believes that everyone against whom there is reasonable suspicion of committing a crime of corruption has to be treated equally and similarly under the law situation with a view in ensure proper implementation of the rule of law. This is the need of equality guaranteed in the Nigerian Constitution.

“The right to equality in a situation like the corruption cases involving former governors is that of the Nigerian polity and not merely of a few individuals. The Attorney General is constitutionally empowered to take over and expeditiously prosecuted the cases against former governors to ensure justice and enforce the concept of equality.

“The continuing delay in the prosecution of former governors accused of corruption amounts to a fundamental breach of Nigeria’s Constitution of 1999 (as amended) and the UN Convention against to which Nigeria is a state party.

“Many of the 31 past governors accused of corruption are escaping justice, some of the cases dating back to 2003. “The Attorney General is a defender of public interest and has the powers under Section 174(1) of the Constitution of Nigeria 1999 (as amended), to institute and undertake criminal proceedings against anyone suspected to be responsible for acts of corruption.

“The delay can no longer be justified. Unless there is proper prosecution of indicted former governors, the effort made to investigate their cases would not bear fruition. Cases of corruption against high-ranking public officials, particularly all indicted former governors must be conducted and completed expeditiously if the government is to retain public confidence in the impartiality of its fight against corruption.

“Any taking over and prosecution of the grand corruption cases involving former governors should not dilute adherence to the essentials of a fair trial and the basic principles of our constitutional jurisprudence including the presumption of innocence of the accused unless found guilty at the end of the trial.

“SERAP also notes that Governors control about 47 per cent of accruals to the Federation Account – both its own share and that of the local governments. Also, the Attorney General once started that “It is the position of the present administration that these suspected governors must be prosecuted in line with the anti-corruption agenda of the government.

“Ending corruption by state governors would contribute to respect for human rights including ensuring adequate medical and health facilities for all persons in the country; which would help to protect the health of the people and ensure that they receive medical attention when they are sick.”