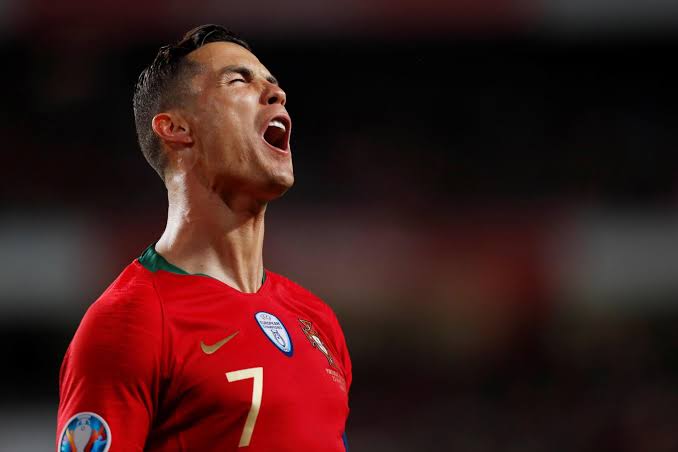 Portugal will have to try again in the playoffs in order to reach the 2022 FIFA World Cup finals after they were stunned by Serbia on Sunday night.

Hosts Portugal, who only needed a draw to qualify, failed to hold on to their lead as Serbia came from behind to clinch a 2-1 victory in the group A tie.

Portugal looked to have done enough, with Renato Sanches’ opener cancelled out by Dusan Tadic’s equaliser, bu a 90th-minute winner by Aleksandar Mitrovic sent Serbia to the World Cup finals.

The late goal sparked jubilant celebrations on the Serbia bench and silenced the stunned home crowd.

Cristiano Ronaldo was rather quiet in the game and came closest with a free-kick in the first half.

With the win, Serbia finish top of Group A with 20 points, three more than Portugal, whose hopes of playing in Qatar next year rest on two rounds of play-offs in March.

Sweden goalkeeper Robin Olsen tipped Dani Olmo’s shot on to the crossbar with Morata on hand to tap the ball in after 86 minutes.

The result means Spain have qualified for a 12th consecutive World Cup finals.

Earlier on Sunday, a late own goal by Fedor Kudryashov secured Croatia’s place at next year’s event in Qatar and left Russia in the play-offs.

A draw would have been enough for Russia to finish top of Group H and they looked to be on course to achieve that with neither side able to find a breakthrough.

Related Topics:croatiaPortugalWorld Cup
Up Next

Rohr not moved by criticism, says focus is to win games with Eagles