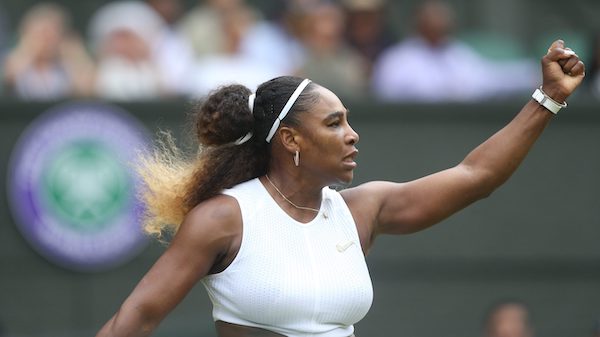 Serena Williams is only interested in winning the Australian Open and not obsessed with equalling the record of 24 Grand Slam singles titles.

This was according to her coach, Patrick Mouratoglou, who went on to say he does not think Willams need the validation.

The 23-time Grand Slam winner is set to face Simona Halep in the quarterfinals at Melbourne Park, as she fights on to win her first major title since childbirth.

Serena last won a Grand Slam at the Australian Open in 2017 while she was pregnant. Since her return, she has reached four major finals but has failed to win.

“Clearly she came back to tennis to win some other Grand Slams, so that’s for sure the goal,” said coach Mouratoglou.

“Now, she’s not as obsessed with the 24 than most of the people in the tennis world, but definitely she wants to win Grand Slams.

“There is tennis before the Open era and tennis after the Open era. We all know it’s two different sports. It’s an amateur sport and a professional sport. It doesn’t really make sense to compare.”

Margaret Court holds the record of most major wins – 24 – setting the record that straddled the amateur and Open eras, with 13 of her triumphs coming in the pre-professional age before 1968.

Williams lost to Halep in the final of Wimbledon in 2019. They go head-to-head again on Tuesday for a spot in the semifinals.

Related Topics:Australian OpenSerena Williams
Up Next

E-Track accelerator opens call for applications in Cape Town. 2 other things and a trivia