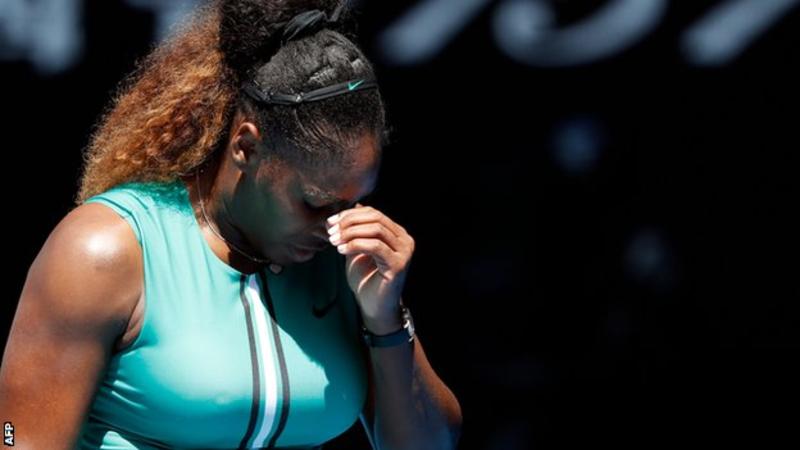 Tournament favourite, Serena Williams has been knocked out of the Australian Open after she was defeated in the quarterfinals Karolina Pliskova.

Read ALso: ‘It was fun while it lasted’ – Usain Bolt retires from playing football

“She was hitting lines and went crazy. She played unbelievable on match points.

“It was nothing to do with my ankle. Obviously I made some mistakes but she played really well.”

Former world number one Pliskova will meet Japan’s fourth seed Naomi Osaka in the last four on Thursday with eighth seed Petra Kvitova taking on unseeded American Danielle Collins in the other semi-final.

“Naomi Osaka is dangerous but there is nobody more dangerous than Serena,” Pliskova said.