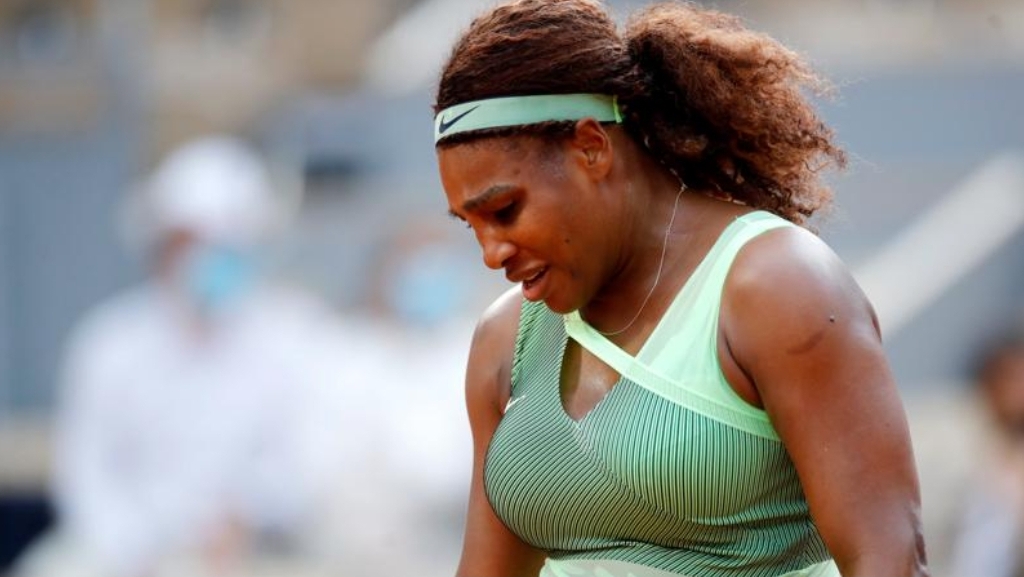 Serena Williams has been knocked out of the French Open after she was beaten 21-year-old Elena Rybakina in a thrilling encounter on Sunday.

The fourth-round clash saw Williams outmuscled by the Kazakh, who secured a 6-3 7-5 victory to reach the quarterfinals.

Serena, who was seeking a record-equaling 24 Grand Slam singles title, tried to lift her level but instead became the latest top-10 seed to depart as Rybakina will now take advantage of an open women’s draw.

For Rybakina, the landmark win may be the start of something special as she enters the quarter-finals of a Grand Slam for the first time.

Rybakina has yet to drop a set in the French Open so far, and is suprisingly one of the favourites to win the tournament.

There are only three players left in the draw ranked higher than her and two of them, Sofia Kenin and Maria Sakkari, play each other in the fourth round on Monday.

Rybakina will face Anastasia Pavlyuchenkova in the last-eight and could go on to face either of the unseeded duo Paula Badosa and Tamara Zidansek in the semifinals.

Meanwhile, 39-year-old Serena has not won a Grand Slam title since the Australian Open in 2017. And her next chance will be at Wimbledon from 28 June this year.