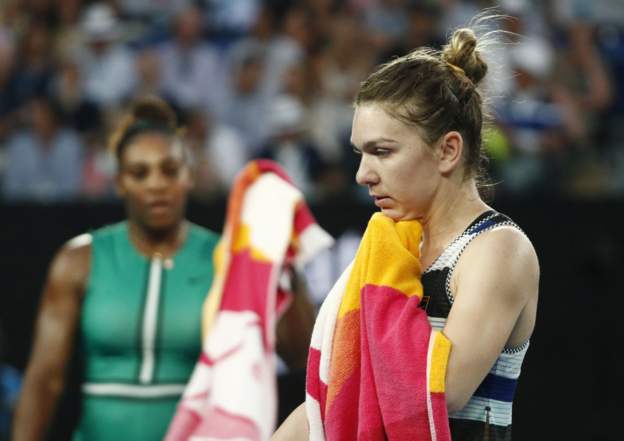 Tournament favourite, Serena Williams has scaled through to the quarterfinals of the Australian Open after beating top seed, Simona Halep.

The 23-time Grand Slam champion, seeded 16th, continues her quest for her first Grand Slam title since coming back from pregnancy last year.

The win over Halep was Williams’ biggest victory since her return from maternity leave, and her ninth win out of her 10 meetings with the Romanian.

Williams speaking on court after the victory: “It was a really intense match. Some incredible points. I love playing tennis, being out here, and it’s really cool to be back out and playing again on this court.

“I really needed to elevate my game. She’s the number one player in the world and there’s a reason why. She’s a great player.

“I had to play a little bit like I knew I could, and I did, and hopefully that’s the difference.

“I’m such a fighter. I never give up. It’s something that’s innate. It’s a miracle I’m here and I get to do something I enjoy.”

If Williams goes on to extend her record victories in Melbourne, she will equal Australian Margaret Court’s all-time tally of 24 Grand Slam titles.