Serena wins on return to WTA Tour after childbirth 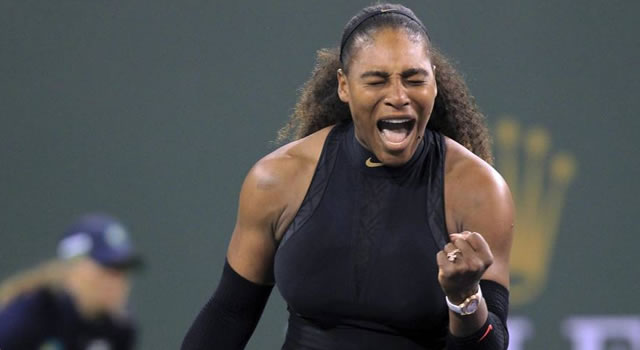 Tennis superstar and former world number one, Serena Williams won her first singles match on the WTA Tour since January 2017 as she returned to the sport after the birth of her first child.

The 36-year-old American reached the second round at Indian Wells with a 7-5 6-3 victory over Kazakhstan’s Zarina Diyas.

Williams had not played a singles match on the WTA Tour since winning the 2017 Australian Open – a feat she accomplished while pregnant.

Speaking after her win over Diyas, she said: “It was incredible. It’s been over a year and a kid later.

“I’m just out here on this journey doing the best I can.

Williams was given a standing ovation as she walked onto court.

Her husband, Alexis Ohanian was in the crowd as she set up a second-round match with 29th-seeded Dutch player Kiki Bertens.