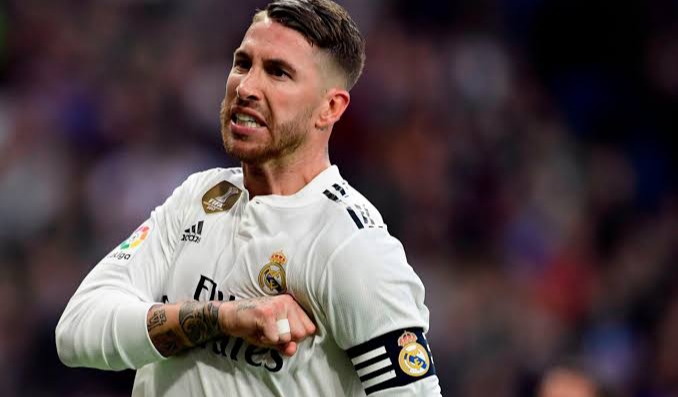 Spanish giants, Real Madrid have confirmed that Sergio Ramos would be leaving the club after 16 years of dedicated service.

The defender, who has won five La Liga titles and four Champions Leagues at Real, joined the club from his boyhood club Sevilla in 2005.

The centre-back made 671 appearances, scoring 101 goals, and his contract expires at the end of June.

Real Madrid say there will be “farewell” news conference for their long-serving captain this Thursday.

The news conference would be held as an “institutional act of tribute and farewell,” added the club.

Ramos is widely regarded as one of the greatest central defenders of his generation.

He has won 22 trophies at the Santiago Bernabeu and memorably scored a 93rd-minute equaliser in the 2014 Champions League final when Real beat rivals Atletico Madrid 4-1 after extra time to win their 10th European Cup (La Decima).

Ramos’ departure means he would become a free agent as he was unable to agree a new deal with Los Blancos.