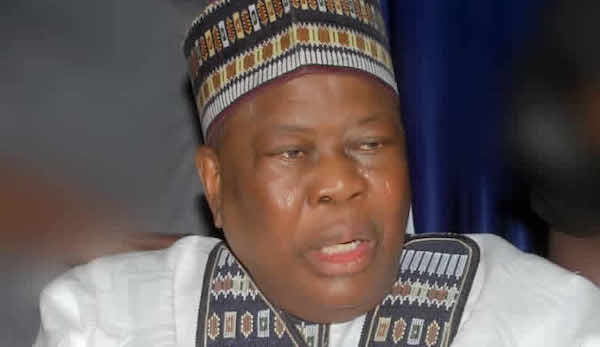 The Labour Party on Monday dissociated itself from the lawsuit filed against the Federal Government by the Coalition of United Political Parties (CUPP).

The National Chairman of LP, Alhaji Abdulsalam Abdulkadir, who disclosed this at a news conference in Abuja, said the party was not in support of the action.

The CUPP had last week filed a lawsuit at the Federal High Court, Abuja, over the tenure of the service chiefs.

The coalition is seeking a declaration that the service chiefs had attained the mandatory retirement age of 60 years or 35 years of service, and should immediately proceed on one-month pre-retirement leave.

However, the LP chief said the matter was geared towards making a mockery of the country’s judicial processes.

He said: “I have been forced to address this news conference by the recent media controversy as well as the action taken by an individual to sue service chiefs in the name of CUPP, an organisation that I am a relevant and senior member of.

“This decision, as well as many others taken by this individual, has not been one borne out of consultations among members but a decision exclusively his.

“This habit, therefore, brings the question of why he did not use his own political party, rather than an organisation comprising other political entities.

“An individual should not and cannot continue to act in the interest of the whole without due consultation and approvals.

“I want to state categorically, as a formidable stakeholder in CUPP, that I am against the action of suing the federal government on the issue of the continuous stay of the service chiefs.

“Let me also state that I and the Labour Party, do not support the federal government’s decision to continue to retain the service chiefs in the face of rising insecurity in the North East and other parts of the country.

“However, we would not also allow ourselves to be dragged or become a party to a circus suit aimed primarily at promoting an individual’s quest for popularity and misplaced political relevance rather than at exacting justice for the Nigerian people.”