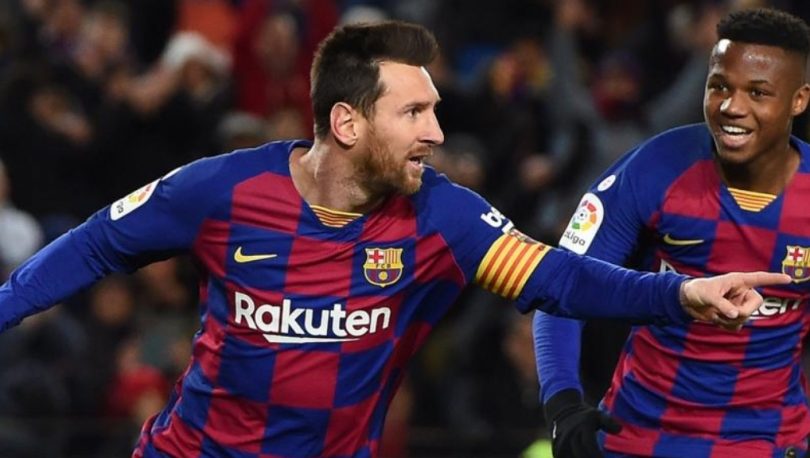 New Barcelona manager, Quique Setien made a winning start to his career at Nou Camp as his team defeated Granada 1-0 in La Liga on Sunday night.

The only goal of the game was scored by Lionel Messi, who bagged in the goal in the 76th minute against 10-man Granada.

Barca had more than 80% of the possession, but the build-up was often slow as the visitors also proved difficult to break.

The Granada defence eventually lost a man when German Sanchez was shown a second yellow in the 69th minute for a foul on Messi, who then scored seven minutes later.

Barca return to the top of the La Liga table with the win after Real Madrid had been at the top following their Saturday’s 2-1 victory over Sevilla.