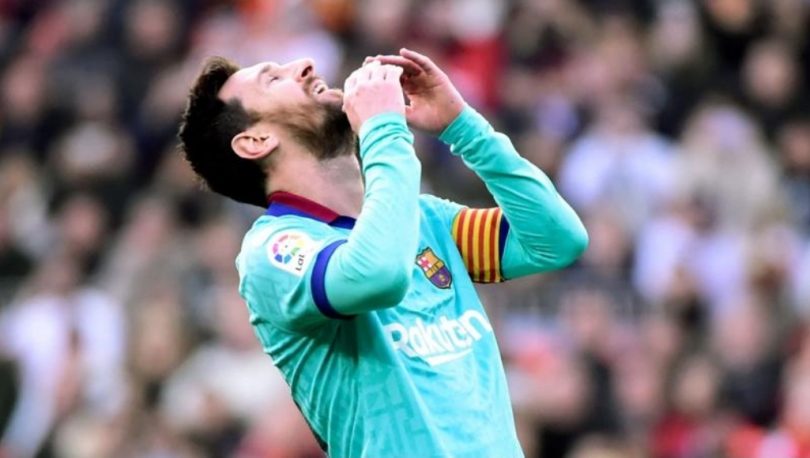 Quique Setien fell to his first defeat since becoming manager of Barcelona as his side were beaten 2-0 by Valencia in La Liga.

Setien, former Real Betis coach, who took over Barca after the sack of Ernesto Valverde earlier this month, has overseen only three games.

He guided the club to victories over Granada in La Liga and UD Ibiza in the Copa del Rey round of 32, but failed to make it a third win at Valencia.

Saturday’s victory for Valencia was their first home victory over the Spanish champions since 2007.

After a goalless first half, the hosts broke the deadlock when Jordi Alba deflected Maxi Gomez’s powerful strike past Marc-Andre ter Stegen in the 48th minute.

Gomez, who had a first-half penalty saved by Ter Stegen, completed the scoring in the second half when he sealed victory on 77 minutes.