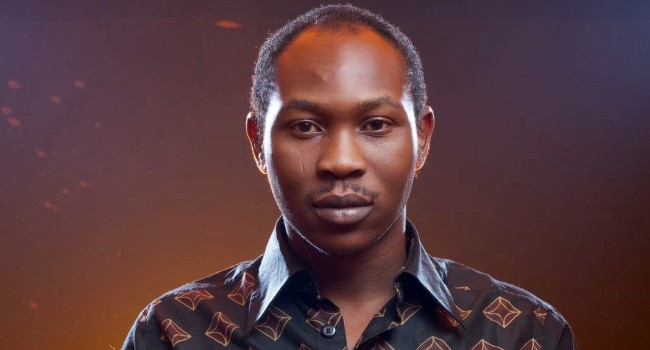 Afrobeat singer, Seun Kuti has reacted to a viral video implicating the Afrika Shrine in which a lady is heard saying her brothers were arrested at the famous hangout after which they spent 6 years in Kirikiri prisons.

Seun who reacted to the video on his official Instagram handle called out the lady who was captured in the clip advising young people against social vices including being ‘Marlians’.

“My parents got broke trying to get them out of prison as they spent 6 years in Kirikiri,” the lady said in the video.

The singer who tagged the lady in the video a liar said that she was making up stories about the shrine just to paint it in a bad light stating further that it is because of people like her that parents end up with poorly behaved children.

Reacting further, the one-time Grammy award nominee said that his father’s name has been disrespected too many times and urged the woman to tell the truth about the crime her brothers committed before they ended up in Kirikiri prison for 6-years.

Seun wrote on Instagram; “See all these Lies by these idiots. Fela Name don full everyone mouth. These idiots that know of nothing sacred… Now this one is talking about her brothers that went to Afrika Shrine and police locked them for 6 years for fighting? Does that make sense? I grew up in the shrine, where is my Kirikiri record.

READ ALSO: EEDRIS ABDULKAREEM TO BURNA BOY: Apologise, you stole most of your songs from Fela (Video)

“Let me advise Nigerian Parents, it’s your duty to raise your kids and this woman is just as dangerous to their psyche as the ‘Marlian’ syndrome u are afraid of! It is because we allow people like this interact with our children we have an educational system that tends to reduce justice as it produces lawyers, reduce health as it produces doctors and created ignorance as it produces teachers hence the more lawyers the less justice.

“The more doctors the less health and the more teachers the more ignorance. Everyone just dey disrespect Fela as dem like, now this goats and her goat twins have gone to prison for ‘6 years for fighting’. Better tell the world that ur brothers were robbers. Ode!!”

Seun’s comment comes days after he declared that the federal government still owes his family an apology and compensation.

The 37-year-old musician, who stated this while speaking during a recent interview said that it is a shame that Nigerian’s are still being ruled by people his father warned about when he was alive.

“It’s a shame that we’re still ruled by the same people my father was talking about 35 years ago or something, that’s poor. We need to do better,” he said.

“My father said everything he had to about Buhari. He’s a kind person that you don’t need to go far to find out what my father thought about him.

“Buhari is one person, you know but I feel the federal government still owes the Kuti Family an apology, not just my dad, and compensation,”Seun added.

Related Topics:BuhariSeun Kuti
Up Next