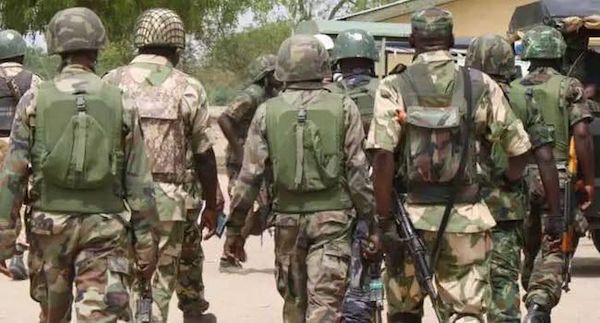 The Defence Headquarters has claimed that no fewer than seven bandits have been killed and their hideouts destroyed in three theatre areas of Katsina, Zamfara and Sokoto states during an operation by soldiers under special operation, Exercise Sahel Sanity.

This was revealed on Friday in a statement issued by Brig. Gen. Bernard Onyeuko, Acting Director, Defence Media Operations, in Gusau, where he informed that the army operations were carried out between July 14 and July 17.

According to Brig. Gen. Onyeuko, Special Operation Forces deployed at Batsari had engaged some armed bandits at Jigawar Mallamai, in Danmusa LGA of Katsina State and four bandits were neutralized.

He said; “On July 15, troops, while conducting a clearance operation on suspected bandit’s hideouts at Garin Maza, Tamuske, and Garin Bagwari villages in Sabon Birni LGA of Sokoto State encountered the bandits.

”This resulted in the killing of three of the bandits and the recovery of six motorcycles which were destroyed along with their hideouts.

“While acting on credible intelligence, troops deployed at the Forward Operation Base Bingi arrested five suspected bandits who tried to sell 17 cows and a goat at Bingi market in Maru LGA of Zamfara State,” the statement read in part.

Related Topics:BanditsDefence Headquarters
Up Next