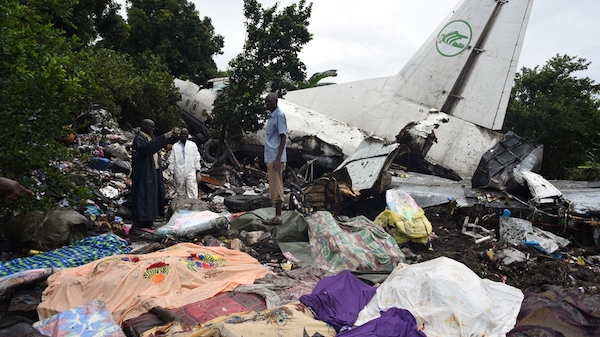 Tragedy struck on Saturday near South Sudan’s capital of Juba when a cargo plane belonging to a local operator crashed, killing four passengers and three crew members in the process.

Transport Minister, Madut Biar, in a statement issued after the deadly incident, said the aircraft crashed shortly after its early morning takeoff in the Kameru neighbourhood around seven kilometres west of the city’s international airport.

“There were eight people on board, three passengers and five crew members. A single person from among the passengers survived and she is in good health,” Madut told reporters.

The aircraft, which crashed into a farm in the Referendum residential area minutes after taking off from the Juba International Airport, was en route to Wau and Aweil towns when it crashed shortly after take off.

Reports say the plane owned by local company South West Aviation had been carrying cash to the Wau region in the country’s northwest for Juba-based Opportunity Bank.