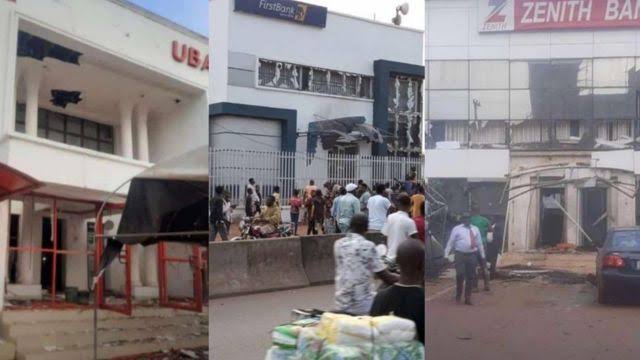 Seven people, including a female police officer, lost their lives while an unspecified number were injured, when a gang of daredevil armed robbers raided four banks and a police division headquarters in Uromi, Esan North-East local government area of Edo State on Thursday afternoon, in what eye witnesses described as one of the most audacious robbery incidents in Nigeria in recent times.

The heavily armed robbers who were about 20 in number, were said to have operated for over three hours, going from bank to bank and daring the police to confront them.

According to witnesses, the robbers used explosives to blow open the banks’ entrances and vaults from where they took huge amounts of money running into millions of naira.

The Edo State Police Command spokesman, ASP Kongtons Bello, who addressed a press conference on Friday, confirmed the incident but said the police was assessing the situation and would come out with a detailed statement.

“The incident that happened yesterday is true. There was an attack on four commercial banks and the police division in that area.

“The Commissioner of Police has sent reinforcement from the State Headquarters to beef up security and to ensure the fleeing gang of criminals are arrested.

“And also ensure peace and order are restored to the town. The police and others security agencies are ensuring that happens.

“The Commissioner and the management team have moved to the site for an on-the-site assessment of the damages and losses”, Bello said.