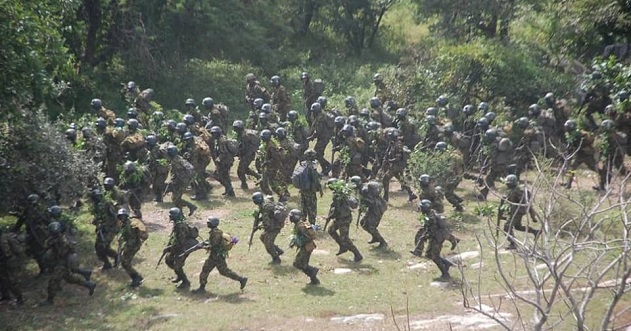 Troops of the Nigerian Army on Wednesday reportedly killed 76 Boko Haram terrorists in a fatal battle that also claimed the lives of seven soldiers with another 16 wounded.

The insurgents met their waterloo as troops of the 157 Battalion engaged them, preventing them from taking over Matele in the northern part of Borno State.

The Army, which confirmed the attack on its website, said troops of 157 Battalion engaged Boko Haram terrorists, who attempted to overrun their position near Kangarwa, Borno State.

It said: “The sustained superior firepower of the troops led to the neutralisation of 76 Boko Haram terrorists.

“Unfortunately, the Nigerian Army lost seven soldiers and 16 soldiers were wounded in action. The Chief of Army Staff, Lt. Gen. Tukur Buratai, has commiserated with the families of the deceased and directed that the wounded be given adequate medical attention.”