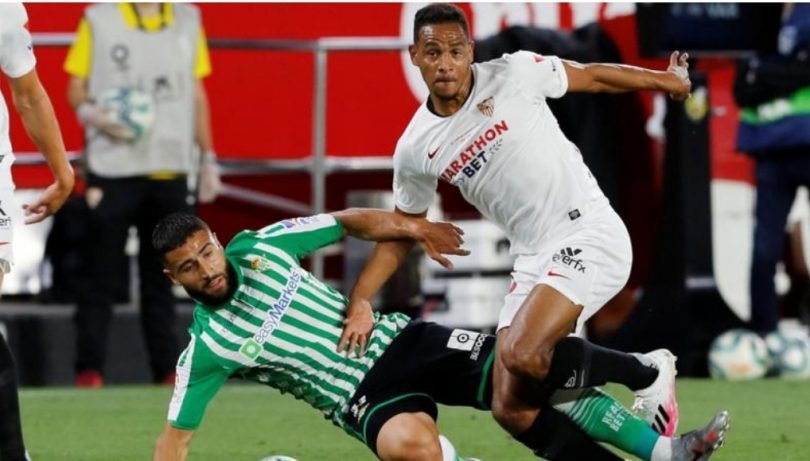 Sevilla got the better of city rivals Real Betis in the opening game of the Spanish La Liga on return to action from the coronavirus pandemic-induced break.

The Spanish topflight was suspended since March 10 to contain the spread of the virus.

Football activities in Spain have returned, and third-placed Sevilla took advantage of their home ground despite the game played behind closed doors.

The side won 2-0, thanks to two second half goals, to go up to within six points of secon-placed Real Madrid.

Lucas Ocampos opened the scoring from the spot in the 56th minute, before assisting Reges Fernando for the game-sealing second goal on 62 minutes.

Plenty of fans of both teams gathered outside before the match, ignoring guidance, and a minute’s silence was observed in memory of those who have died during the pandemic.

La Liga is the second of Europe’s big five leagues to resume, with the Premier League following suit next week and the Serie A to follow.

Leaders Barcelona are in action on Saturday, to face Real Mallorca, while Real Madrid play on Sunday.