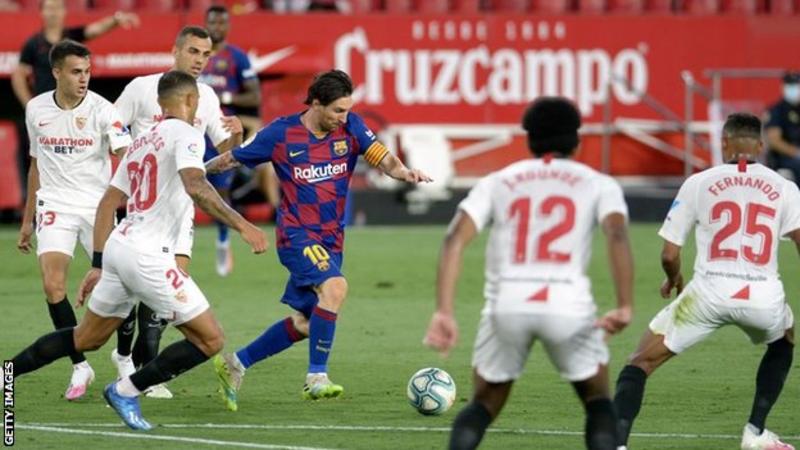 Barcelona lost two points on the road on Friday night, being held to a goalless draw by Sevilla as the La Liga title race toughens.

Lionel Messi almost reached a milestone of 700 career goals when his free-kick skimmed the bar in the first half.

Barca were frustrated by their hosts, with Lucas Ocampos also hitting the crossbar for Sevilla.

Antoine Griezmann was introduced in the 76th minute in an attempt to find a winner but did not make an impact.

The draw means Barca have three points advantage over second-placed Real Madrid, who have a game in hand and billed to play on Sunday.

With seven games left for Real Madrid, they stand a chance to level up on points with Barca when they face Real Sociedad on Sunday.

Barca will play next on Tuesday against Athletic Bilbao, while Messi looks to score at least a goal to hit 700.