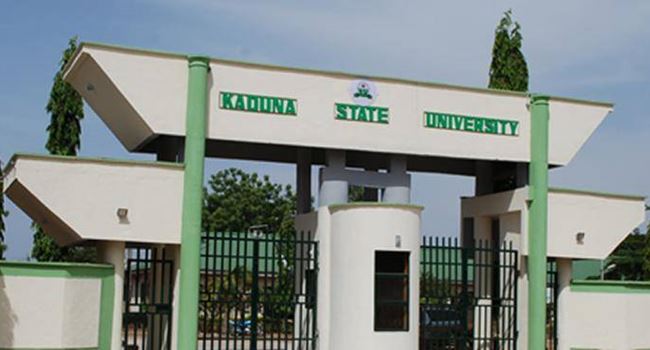 The authorities of the Kaduna State University (KASU) have warned randy sex-for-grades lecturers in the school to resign now or be exposed.

The stern warning was issued on Wednesday by the Deputy Vice-Chancellor, Academics, Kaduna State University, Prof. Abdullahi Ashafa, who said the move was part of efforts to rid the ivory tower of sexual molestations.

Prof. Ashafa, who disclosed this while receiving the Deputy Minority Leader of the Kaduna State House of Assembly, Mrs. Comfort Anwe, who paid him a courtesy visit, said the institution had zero tolerance for such misconduct.

He said: “KASU has risen to the occasion. We have established a committee with broader terms of reference to investigate possible occurrence of this kind of heinous act which might be buried without our knowledge. And if any lecturer found wanting will be dealt with according to the law establishing the university.”

The warning comes after a victim of alleged sexual harassment identified as Salamatu Bello, embarked on a solo protest within Kaduna metropolis, alleging that a lecturer, A.B. Umar, who molested her at the Ahamadu Bello University (ABU) now works as a lecturer in KASU.