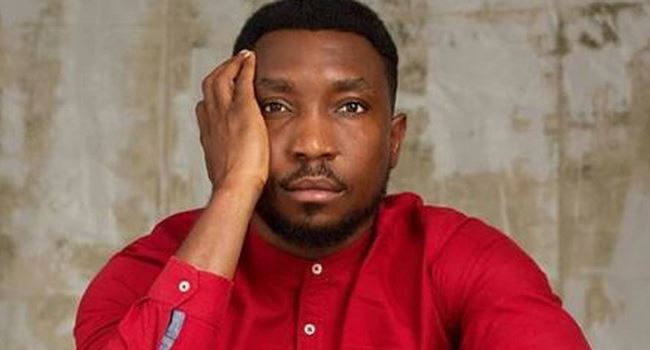 R&B singer Timi Dakolo has reacted to the sex-for-grades documentary by the BBC which exposed a Foursquare pastor and other university lecturers in West Africa.

The musician who has a history of aiming at randy Men of God added his voice to the viral BBC sex for grades documentary saying one has to be careful of some people deemed as spiritual leaders.

Recall that Timi’s wife, Busola, had alleged that she was raped by COZA Pastor Biodun Fatoyinbo when she was a teenager.

Timi voiced his concern on Instagram while reacting to Prof. Boniface Igbeneghu, a Foursquare pastor/Unilag lecturer, being caught on tape praying for a prospective student while also sexually harassing her,

He wrote; “From the BBC sex for grades documentary, oga pastor Boniface was even praying and calling Jesus. Shouting welcome to the kingdom.”

“Nowadays, when someone is saying “I give God the Glory” we need to ask, which God?,” the singer added.

Timi’s comments came a day after Academic Staff Union of Universities (ASUU) demanded a thorough probe into the alleged “sex for grades” scandal in order to cleanse the university sytem of such malaise.

Speaking with the News Agency of Nigeria (NAN) on Tuesday, ASUU University of Lagos (UNILAG) Branch Chairman, Dr Dele Ashiru, demanded that the indicted lectures be made to face the music.

While reacting to a viral British Broadcasting Corporation (BBC) investigative video which showed some lecturers of Universities of Lagos and Ghana sexually harassing female students, Dr Ashiru noted that the union was against all forms of unethical practices, including sexual harassment.