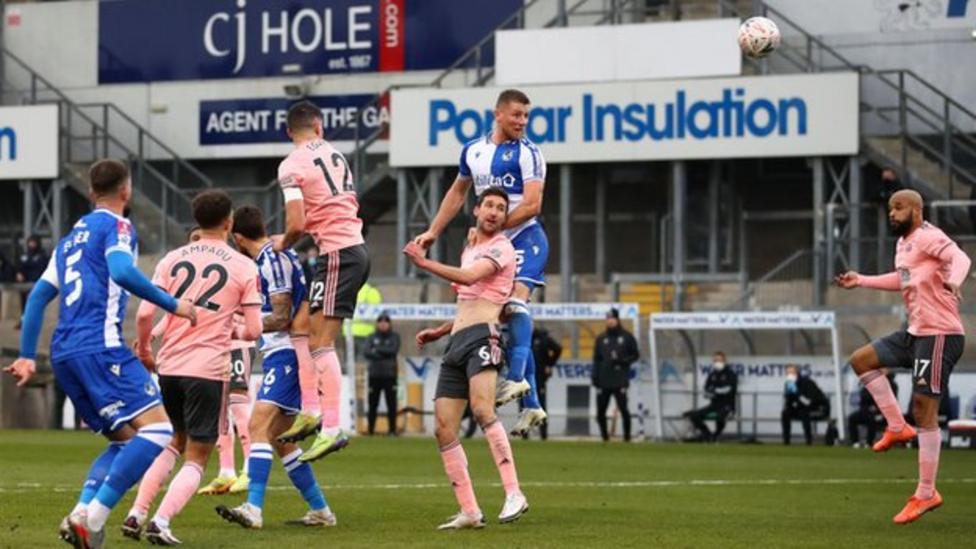 English Premier League bottom club, Sheffield United have secured their first win since the start of the season in an FA Cup encounter on Saturday.

The 3-2 victory in the third round of their FA Cup tie against Bristol Rovers was their first win in six months.

The winless run had stretched to 21 matches in total in all competitions, but the win sees Sheffield United into the fourth round of the Cup competition.

Lys Mousset scored the opening goal with a header which hit the bar and went in off Rovers keeper Joe Day.

Alfie Kilgour levelled for the hosts by halftime but substitute Oliver Burke ran clear and slotted in on the hour mark to put United up again.

Max Ehmer restored parity for Rovers again before Jayden Bogle fired in the winner to send the visitors through.

The win ended a dismal run of form for Sheffield United, whose last win in a competitive fixture was last season on 11 July, when they beat Chelsea in the Premier League.

They host Newcastle United in the Premier League on Tuesday. The latter are taking on Arsenal later on Saturday in the FA Cup.