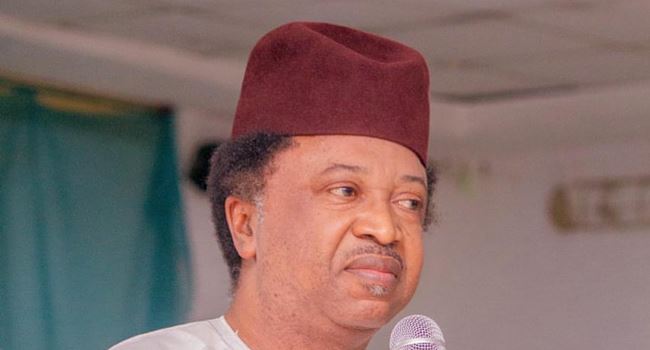 A former federal lawmaker, Shehu Sani, on Saturday condemned the agitation for the Yoruba Nation by a group of youths under the aegis of Omo Oduduwa United.

The youths, who converged in Osogbo, Osun State, on Saturday morning were however dispersed by heavy rainfall.

The group had gathered under the November 27 bridge around the NECO office in Osogbo after armed security agents prevented them from converging at the Nelson Mandela Freedom Park for the rally.

Ripples Nigeria gathered that the rain began immediately Igboho stepped down from the podium after addressing the crowd.

Sani, who reacted to the development on his Twitter handle, said the rainfall that dispersed the agitators was a “divine message” for them to change their minds and embrace a united Nigeria.

He wrote: “The heavy rainfall that dispersed the separatist agitators in Osogbo is a divine message for them to change cause and work for the unity of our country. The idea of an ethnic or religious purist state stems from a xenophobic mind intolerant to co-existence.”

I can’t be cowed, ban on open grazing final – Wike