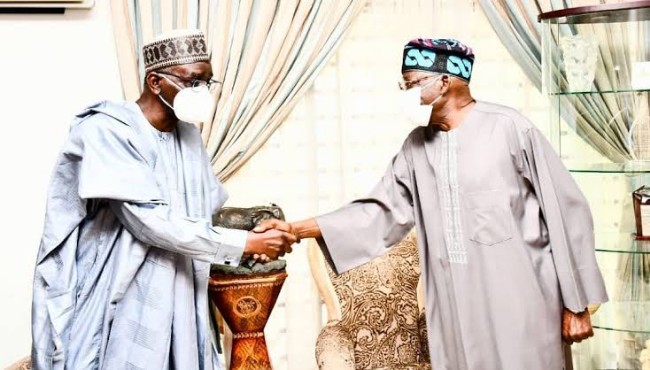 A former governor of Kano State, Ibrahim Shekarau, on Tuesday, implored the National Leader of the All Progressives Congress (APC) Bola Tinubu, to wade into the crisis bedevilling the Kano Chapter of the party.

Shekarau made this disclosure on Tuesday via a press briefing after Tinubu invited him for a meeting in Lagos after he was briefed on the party crisis in Kano by Governor Abdullahi Ganduje.

He said, “I told Mr Tinubu that the crisis in Kano APC was not between myself and Ganduje, it is a disagreement of the party leadership in the state; we were sidelined in the affairs of the party in the state.

“Tinubu told me that Governor Ganduje initially briefed him about the crisis, so as a leader, he deemed it necessary to invite me to hear from me and he sent for me and we met on Sunday in Lagos,” Mr Shekarau said to BBC Hausa.

Shekarau further noted that all rival factions had informed Tinubu about the crisis in order to ensure a resolutio.

“He is a party leader; he will eventually render his advice on the next line of action for the success of the party,” Shekarau said.

Ripples Nigeria had reported that the two Kano APC factions had conducted parallel state congresses on October 18 and produced two sets of leaders.

The Shekarau faction, which had two senators and four members of the House of Representatives, elected Haruna Danzago as chairman while Mr Ganduje’s camp elected Abdullahi Abbas.

The National Appeal Committee of the party later recognised Mr Abbas as the chairman of the party in the state.