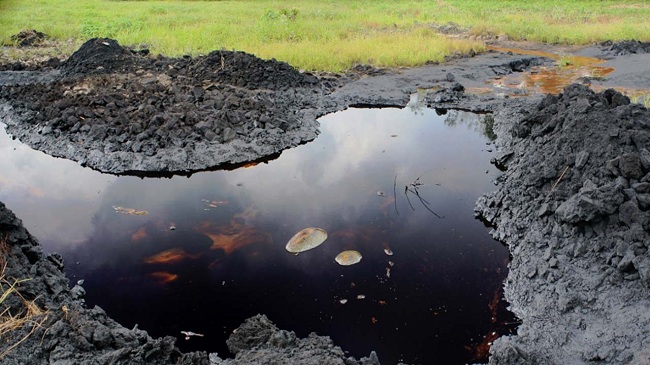 The Shell Petroleum Development Company of Nigeria (SPDC), on Monday, announced that it was looking into a complaint of an oil spill from one of its assets at Ogboinbiri in the Southern Ijaw Local Government Area of Bayelsa State.

On August 24, an operational error at SPDC’s Diebu Creek Flowstation resulted in the release of an unknown amount of crude into the environment.

The residents of the Peremabiri village bemoaned the negative effects of the spill and accused SPDC of being callous and neglectful.

They claimed that SPDC’s slow response to the spill had harmed the land and marine environments and had an outsized effect.

SPDC in a statement by its Spokesman, Mr Mike Adande in Yenagoa confirmed the oil firm was aware of the report of the spill.

Adande said: “We are working with regulators and the local community to investigate the reported incident.

“The Diebu Creek stopped injection into the Trans Niger Pipeline (TNP) on Feb 25, owing to constant breaches of the TNP by crude oil thieves.

“The TNP is currently undergoing tests with water main flushing.”

According to residents, the discharge of large volumes of crude into the environment has polluted the Nun river, swamps, and farmlands causing hardships to the predominantly fishing and farming settlement.

Mr Return Koma, Chairman, Peremabiri Community Development Committee in an interview with NAN on Monday, said officials of SPDC had convened a Joint Investigative Visit (JIV) to the flow station and impacted site for Monday.

“They called to say that they are coming for a JIV on Tuesday and shortly they shifted it to today being Monday, so we are waiting,” Koma said.

According to Koma, the JIV report will identify the spill’s cause, approximate amount, and affected area.

In June 2020, the National Oil Spills Detection and Response Agency (NOSDRA), confirmed an oil wellhead leak at Oil Mining Lease (OML) 18, operated by an indigenous operator, Eroton Exploration and Production Limited, along the 97-km Nembe Creek Trunkline (NCTL) located near the corridors of the export line, in Rivers State.

A similar incident reported on Nov 5, 2021, at nearby OML 29 operated by Aiteo Eastern Exploration and Production, discharged more than 8, 000 barrels of crude oil for some 32 days before the leak was plugged.

Eroton and Aiteo acquired their respective assets following the 2015 divestment by Shell Petroleum Development Company (SPDC) from some of its onshore assets.