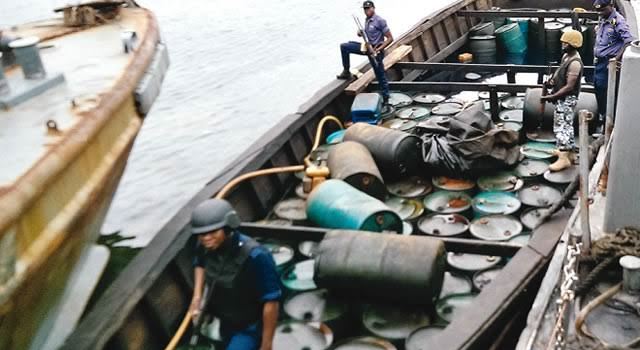 Shell Petroleum Development Company (SPDC) said it lost a total of 11,000 barrels per day to oil theft in 2018.

Disclosing this on Thursday at a Media Workshop on Pipelines Right of Way Encroachment and Vandalism, Shell’s General Manager, External Relations Mr. Igo Weli, said this is an increase of about 20 per cent over previous year.

The number of sabotage-related spills increased during the same period to 111 compared to 62 in 2017 and, since 2012, SPDC has removed more than 1,160 illegal theft points.

He said: “Shell is concerned that the repeated sabotage of recently repaired pipelines exposes the environment and people to renewed and worsening pollution. Oil theft is focused on short term fiscal benefits, ignoring the long-term effects of environmental degradation.”

“Over the last seven years, SPDC has replaced approximately 1,300 kilometres distance of flow lines and pipelines. In line with industry regulations, SPDC only pays compensation if the spill is operational.”

Weli who referred to the ogoni clean-up said, “SPDC actively supports the clean-up process along with other stakeholders. SPDC remains fully committed to providing its share of $900 million (N283.73 billion) over five years to the Ogoni Trust Fund as stipulated in the Hydrocarbon Pollution Remediation Project (HYPREP) gazette and the agreed governance framework.”