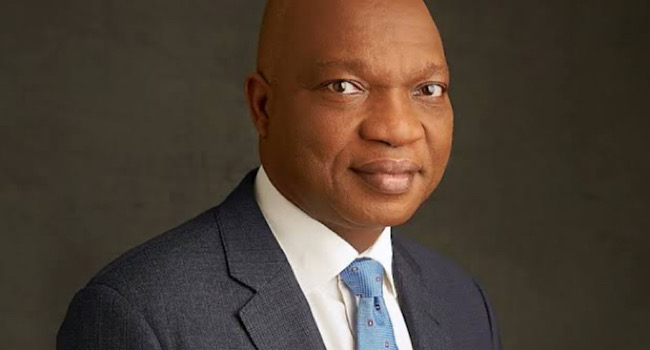 The Shell Petroleum Development Company (SPDC) has stated that it has positioned itself to meet Nigeria’s daily domestic gas demand, projected to hit five billion standard cubic feet by 2022, by developing gas fields.

Okunbor, who doubles as the Country Chair of Shell Companies in Nigeria, said the organisation’s support is shown in its multi-billion dollars investments in four of the ‘Seven Critical Gas Development Projects’ of the Nigerian National Petroleum Corporation (NNPC).

According to the statement, Okunbor spoke at the Nigerian Gas Association’s 12th International Conference and Awards held virtually on Feb. 25, 2021.

The theme was: “Powering Forward: Enabling Nigeria’s Industrialisation via Gas”.

“I am very happy that NNPC and the Nigerian Content Development and Monitoring Board have taken key roles in these projects, and these are positive steps.’’

“Nigeria has launched out on a few audacious and frankly great projects to essentially drive our ambition as a country in this regard.

“Let’s find a way to make sure that we stay on course and begin to put our efforts in a consistent manner towards downstream where our country can get the ultimate benefit for gas,” Okunbor said.

He also called for robust discussions on an agreeable price framework in order to attract investments in the country’s rich gas sector.

According to him, a robust pricing framework will be very helpful to unlock Nigeria’s proven gas reserves, especially for power, agriculture, and industrial sectors.

Okunbor said the current pricing regime did not quite fit the wider framework of what the gas industry does.

“We want to incentivise methanol and fertilizer production, which is extremely important, to gear up our agricultural sector but the price regime now in that sector is lower than the kind of prices that you have for supply to the power sector and industrial establishments.

“To make domestic gas work, we do need a right price regime. It might just mean that some sectors are supported more than others that can naturally carry themselves.

He said that gas was by far more important as a catalyst for development.

The Shell Country Chair noted that with more than 200 trillion cubic feet of proven gas and having the world’s ninth-largest gas reserves, Nigeria could satisfy both domestic and export markets.

He said that the nation’s full potential in gas could be attained if the right policies and processes were put in place and the country continued to drive those policies, processes, and gas infrastructure.