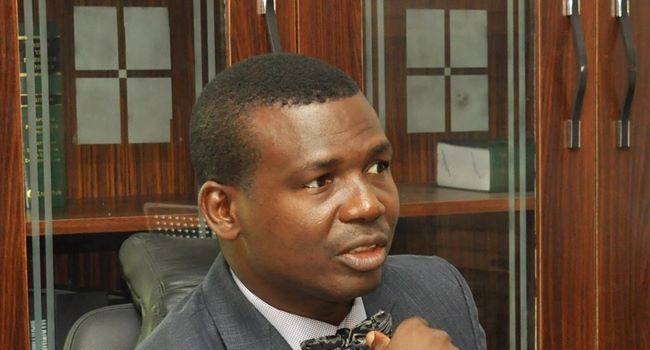 The representative of civil society on the Lagos State Judicial Panel of Inquiry probing cases of police brutality including the alledged killings at the Lekki tollgate on October 20, 2021, Ebun-Olu Adegboruwa, on Wednesday pleaded with organizers of the #OccupyLekkiTollgate and #DefendLagos to shelve the planned protest and counter-protest slated for Saturday.

Following the resolution reached by the independent panel after the forensic experts had submitted their report on the October 20, 2020 incident, the panel agreed that the operators of the toll gate, Lekki Concession Company (LCC) commence operations.

Although, he noted, the youths have a constitutional right to protest, however, Mr Adegboruwa in a statement advised that the demonstration be shelved, “at least for now.”

He said, “A protest or counter-protest at this time, may work to jeopardize the overall work of the Panel, the witnesses appearing or to appear, the testimonies, the investigations or even affect its ultimate assignment.

“I’m concerned about the consequences of protests and counter-protests, at the same location, in relation to security and likely violation of COVID 19 protocols, given the rising wave of the pandemic, in Lagos State especially, where most economic, social, educational and other activities, are partially grounded, presently.

“While the assignment of investigating the Lekki Toll Gate Incident of 20th October 2020 is yet to be concluded by the Panel, it will be premature to proceed on it, as the basis of renewed calls for protest and counter-protest.

“It is safer for now, for the Lagos State Government and its agencies, the EndSARS group and indeed all those concerned with the Lekki Toll Gate Incident, to await the final report of the Panel.

“I appeal to all security agencies, especially the police and the army, both respondents before the Panel, to embrace caution and demonstrate utmost respect for the fundamental rights of all citizens, including protesters, counter-protesters and non-protesters alike.”

Related Topics:#DefendLagos#OccupyLekkiTollgateAdegboruwaLekki toll gate
Up Next