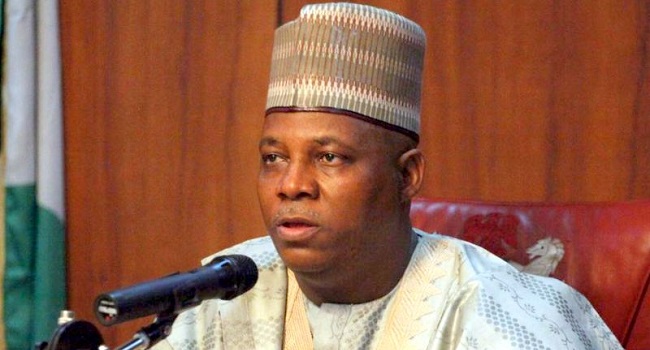 The immediate past governor of Borno State, Kashim Shettima, has expressed hope that the new service chiefs would bring an end to Boko Haram terrorists attacks in the North-East.

He hailed President Muhammadu Buhari for making what he said was a well-informed decision in the appointment of the new service chiefs.

“The president made a well informed decision. I have interacted with some of them and I can attest to the character and professionalism. General Leo Irabor (the chief of defence staff), is one of the finest officers the Nigerian army has produced in recent times.

“Rear Admiral Awwal Zubairu Gambo, who is the chief of naval staff, had served here in Borno and so has general Ibrahim Attahiru (the new chief of army staff), who was also in Borno for a brief period. We all know that depending on the situation general Attahiru might have met on ground as theatre commander back then, there is always a difference between when someone is working under another and when he is in charge. Today, he is chief of army staff who heads the Nigerian army.

“This appointment provides an opportunity that will, insha Allah, prove general Attahiru’s leadership credentials and I believe that, insha Allah, he will succeed. The success of all the service chiefs is in our best interest as leaders and as people of Borno. We will gain absolutely nothing if they fail while we will gain everything if they succeed.

“I am sure the president made an informed decision. It is for all of us to rally round the president and the service chiefs, to give them all the support so that insha Allah they succeed in bringing an end to the Boko Haram madness.

“There was nothing personal in our calls for the change of service chiefs. For instance, the former chief of army staff, general Tukur Buratai, we both grew up in Maiduguri. We attended the same primary school and the same university. The former chief of air staff, air marshall Sadique, we even have marital affinity, but the issue goes beyond our personal interests and affiliations.”