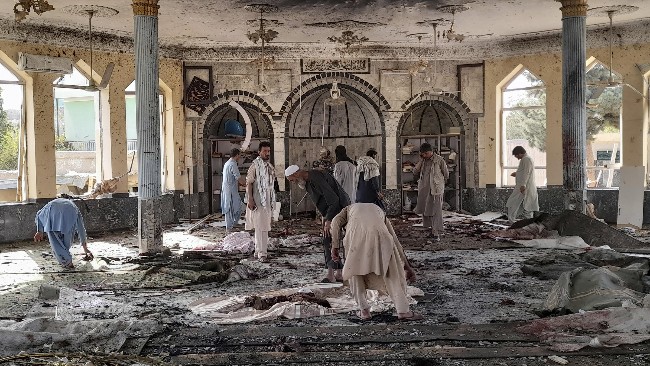 An explosion occurred on Friday at a Shiite mosque in northern Afghanistan, killing or wounding at least 100 people, according to CNN report.

Police sources reported that there was no immediate claim of responsibility for the blast, which took place in Kunduz, the capital of Kunduz province, but militants from the Islamic State group have a long history of attacking Afghanistan’s Shiite Muslim minority.

In his statement, Dost Mohammad Obaida, the deputy police chief for Kunduz province, said that the “majority of them have been killed.” He said the attack may have been carried out by a suicide bomber who mingled among the worshipers.

“I assure our Shiite brothers that the Taliban are prepared to ensure their safety,” Obaida said, adding that an investigation was underway.

The explosion went off during the weekly Friday prayer service at the Gozar-e-Sayed Abad Mosque.

Photos and video from the scene showed rescuers carrying a body wrapped in a blanket from the mosque to an ambulance. The stairs at the entrance of the mosque were covered in blood.

Earlier Friday, the chief Taliban spokesman Zabihullah Mujahid said the Shiite mosque was the target and that a “large number” of worshippers were killed and wounded.

He said Taliban special forces had arrived to the scene and were investigating the incident.

INTERVIEW: Will Africa’s fate truly be sealed by the next decade? Abundant Africa makes its case