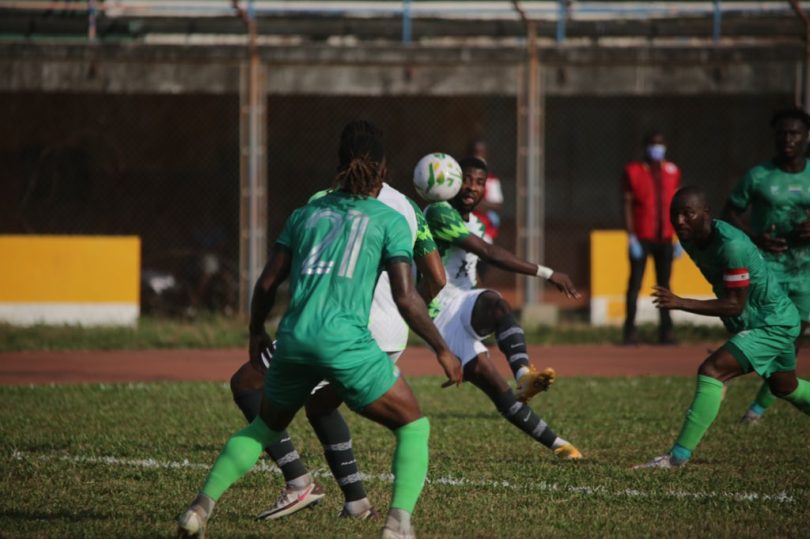 The Leone Stars of Sierra Leone successfully held the Super Eagles of Nigeria to a goalless draw in a matchday four encounter of the Africa Cup of Nations (AFCON) qualifiers.

Both teams had played a 4-4 draw in the matchday three fixture in Benin last Friday, after the Eagles squandered a four-goal lead to manage just a point from the game.

The results deny Nigeria from securing an early qualification for the tournament billed to hold in Cameroon in 2022.

The Eagles made two changes from the team that started in Benin, as Kelechi Iheanacho replaced injured Victor Osimhen while Ola Aina came in for Zaidu Sanusi.

In the 36th minute, the Eagles were forced to an early substitution as Oghenekaro Etebo went off injured and was replaced by Shehu Abdullahi.

Iheanacho’s effort with a header in the second half did not count as it was ruled out for offside.

With two games left in the qualifying series, the Super Eagles top the group L with eight points, followed by Benin Republic in second spot with five points.

Sierra Leone sits third with three points above Lesotho, witg one, in bottom. The qualifiers resume next year.